England call for rule changes and refunds after Italy tactics 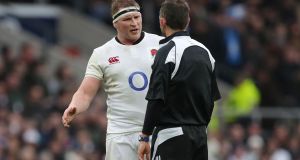 George Ford has called on World Rugby to change its laws before England face Scotland after their 36-15 bonus-point victory against Italy, which was described as “a joke” by Eddie Jones. The head coach also claimed supporters should get their money back because of Italy’s controversial tactics, which he compared to Trevor Chappell’s famous underarm bowling for Australia and Ford claimed could quickly “kill the game”.

The England fly-half said: “I hope it will get addressed before the Scotland game [on March 11th]because, if teams do that, it is going to kill the game quickly. There’s no rugby going to be played.”

England struggled to adapt to Italy’s tactic of not committing any men to the ruck after making the tackle, which means there is no offside line. The defending champions recovered from 10-5 down at half-time to score five second-half tries and clinch a 17th straight victory which moves them back to the top of the Six Nations table. But Jones lashed out at the Azzurri’s game plan.

He said: “[World Rugby] are in charge of the shape of the game and I am sure [the chairman]Bill Beaumont will have watched the game today and will take some action. We saw a Trevor Chappell game of rugby today. If that’s rugby, I’m going to retire. That’s not rugby. If you paid for your ticket, ask for your money back. If you think that’s smart, fantastic. I don’t think it’s smart rugby. In football they say park the bus. I don’t know what they had, but it was bigger than a bus. The whole game became a joke.”

By not committing any men to the ruck, Italy were able in effect to stand in between England’s acting scrum-half and his receivers. England, for whom a number of players appeared to be unfamiliar with the law and sought clarification from the referee, Romain Poite, struggled to adapt. Jones added: “If your half-back can’t pass the ball, then there’s something wrong with the game. You’re looking to pass and all you see is one of their players. Could we have adjusted even quicker? Possibly but it’s difficult.” Asked if he thought the Italy tactic was “genius”, Jones said: “We got five points, they got zero. If that is genius, OK.”

The Italy head coach, Conor O’Shea, countered by accusing Jones of lacking respect when calling on England to take Italy “to the cleaners” and offered a staunch defence of his side’s game plan. He cited examples of it being used by Australia against Ireland in the autumn and in a recent Champions Cup match between Wasps and Toulouse, and credited Brendan Venter – the Italy defence coach who was brought to Saracens by Jones in 2009 – with its inception.

“He wanted to take us to the cleaners. Is that respect? I actually loved it when they kicked for goal as that was a bit of respect and I’m gutted that we finished the game off the way we did,” said O’Shea. “But if people think that we’re just going to lie back, I’m not there to take a salary for four years and not make a difference.

“If people think we’re just going to lie down and take it, they’re wrong. So you’re going to see us fight and do things differently, and we’ll have bad days, we’ll have dark days, we know that. There’s so much to do, but we’ll do it and I think today you could almost say we’ve had enough and we’re going to fight. I am sick and tired of people having a pop and having a go. We came here to win. We kicked to corners, we missed a few kicks at goal, we attacked off scrums and we showed some unbelievable defence. So stop having a go.”

1 Exiled Seán O’Brien not ruling out a third Lions tour
2 Gerry Thornley: World Rugby’s problem is that refereeing is not an attractive career path
3 Paul Clarke steps aside from Dublin role
4 View from Melbourne: Sporting fabric of the city suffering from second lockdown
5 A giant regains the check hunger
Real news has value SUBSCRIBE