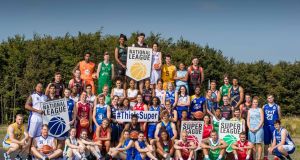 Killorglin are preparing for a big test this coming Saturday night as they travel to Oblate Hall in Inchicore, Dublin to meet reigning Cup champions, Templeogue, in the third round of the men’s Super League.

Both teams are two of just three unbeaten teams left in the league, with Killorglin coming into the game off the back of wins against Tralee Warriors and Moycullen, while Templeogue had the better of Belfast Star and Maree in the opening games.

Looking ahead to the game, Killorglin head coach Ignas Šijanas stated: “We are really Iooking forward to this weekend. Everybody down here knows about Templeogue and the rich history they have, versus us being the new kids on the block. It should be a great occasion and we really can’t wait.”

UCD Marian are also hoping to keep their winning start to the season intact when they travel to Belfast Star this Saturday evening. Marian have two wins against DCU Saints and Pyrobel Killester under their belts, but face a tough test against Star on the road. Elsewhere, DCU Saints will host Tralee Warriors, Pyrobel Killester welcome C and S Neptune, Griffith College Swords Thunder go head-to-head with Maree, while Moycullen and UCC Demons will each be hoping to get back to winning ways after tough losses last weekend.

Over in the women’s Super League meanwhile there is big excitement down in Kilkenny as this Saturday marks the first home game in the Super League for a Kilkenny team when Marble City Hawks host Fr Mathews. After meeting each other five times in the women’s Division One last season, the sides are certainly no strangers to each other, and Hawks’ head coach Julian O’Keeffe knows that they have a tough task ahead.

“We are really looking forward to our first home game this season against Fr Mathews,” he said. “Hopefully, we will have a big crowd there cheering us on. It’s a new-look Fr Mathews team from last year, and one that has plenty of players with big experience at this level. We know it’s not going to be easy but we’ll be ready for it.”

Elsewhere, IT Carlow Basketball and Pyrobel Killester are each hoping that they can get a win under their belts, after they both lost their opening game of the season against DCU Mercy and Brunell respectively. They will go head-to-head in Carlow as part of a big double header with Carlow’s men’s Division One team who will be playing a big tie against Scotts Lakers St Paul’s Killarney.

Reigning league champions Courtyard Liffey Celtics will be hoping to keep their winning start to the season on track meanwhile when they head to Cork to face Brunell, while NUIG Mystics host Ambassador UCC Glanmire and WIT Wildcats will go head-to-head with DCU Mercy in Waterford.

There is also one Hula Hoops National Cup game this weekend, as the men’s Presidents Cup preliminary round game will take place on Saturday evening when DBS Éanna welcome KUBS. The two sides met each other just last weekend in the league, with Éanna coming out on top by five points. KUBS will be hoping that they can regroup and bounce back strong to keep their Cup dreams alive.

Earlier this week meanwhile, the Basketball Ireland men’s Division One Players and Coaches of the Month for September were announced, with two accolades per conference awarded. In the men’s Northern Conference, DBS Éanna took the top honours, with Stefan Zecevic winning the Player of the Month award after a superb display throughout September, while Éanna head coach, Darren McGovern scooped the Coach of the Month award after leading his side to a 4-0 streak through the month.

In the Southern Conference meanwhile, it was also a double win for table toppers Tradehouse Central Ballincollig, with Andre Nation picking up the Player of the Month award after a top-scoring display throughout the month seeing him average 41 points per game. Ballincollig Head Coach Kieran O’Sullivan was awarded the Coach of the Month for the Conference after his side opened up a 5-0 winning run throughout the month.