There is no test for honesty, integrity and hard work 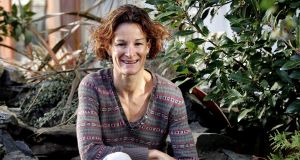 Sonia O’Sullivan: “As an athlete I never wanted to let what others were up to bother or distract me”

There has been a lot of talk this past week about clean athletes being cheated out of medals. Including Irish athletes. Although the revelations of the Wada (World Anti-Doping Agency) report into Russian doping were certainly no surprise to me. This sort of stuff has been whispered about for years.

Russia may have grabbed the headlines, but it is not alone as many other countries are known to have sub-standard or compromised drug-testing procedures. It’s also one of the reasons I lost my emotional attachment to athletics a long time ago.

In fact the last two decades have been a rollercoaster ride in women’s middle-distance running: some years it all seemed fair, then the following year spikes of obvious ability to operate outside the control zones or escape random testing.

Around the summer of 2001 I really got turned off. I wasn’t racing as I was pregnant with my second daughter Sophie. So I was just an interested spectator. Only what I saw was not very inspiring. Some of the middle-distance results that season were so far beyond belief that I was glad to have a season out. There were a number of Russian athletes doing things at those 2001 World Championships in Edmonton that were simply unbelievable to anyone that knew anything about athletics.

Nothing was proven, but it took seven years before any action was taken, when seven Russian athletes were suspended just before the 2008 Olympics. It was let simmer under the surface for so long so that the athletes doing wrong were more protected than those being wronged.

I came back in 2002, ran in the European Championships. The athletes running fast times in 2001 were still around, although nowhere near making the impact of previous years.

Was I cheated out of medals? Earlier in my career I tolerated a lot and just got on with training. Sometimes to such an extent that injury and illness were almost inevitable, and too often were. But I didn’t know any better. As an athlete I never wanted to let what others were up to bother or distract me. This wasn’t me being naive. It wasn’t something I could control. And I didn’t want to let it become an excuse.

So I never said anything or questioned anyone because I felt this would only take energy away from me. And I knew I was doing the right thing. Some athletes were getting away with doing the wrong thing, over and over again, so that they believed that is what it took to be the best.

Only the athletes who never cheat truly know what they have achieved. There is no test for honesty, integrity, hard work. These are the ingredients that real athletes dedicate their lives to, without being compromised by what others are doing.

And knowing that setting a personal goal and target each year, and reaching that target, is satisfaction enough to make you want to go through the whole process over and over again – trying to get that little bit better each year.

Ireland can pride itself on having one of the most stringent testing procedures in the world. There have been a few incidents when an Irish athlete has crossed the line, and it’s been so blatantly obvious that it didn’t take very long for the Irish Sports Council to target and catch these athletes.

It seems to me that a policy of target-testing would be much more practical and viable than random testing. Using local resources, Wada should also focus on target-testing: no athlete would have a problem being target-tested if they knew they had nothing to hide.

It’s a bit like the elephant in the room. If we ignore it we don’t have to deal with it.

I think the IAAF (International Association of Athletics Federations) has been operating in a similar mindset: let’s just leave the record books, move on and hope something else even greater comes along.

Now, with the suspension of Russia, is this just buying time or something that we can put our faith in for the future?

Because it could be a long time before that emotional attachment is restored, including my own.