Sonia O’Sullivan: Frank O’Mara still an inspiration after all these years 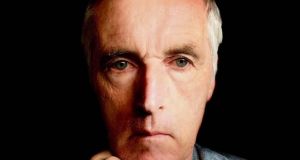 In the summer of 1987, fresh out of my Leaving Cert and still a gangling 17 -year-old, I was called up for my senior international debut, at the Europa Cup in Portugal, and that’s where I first met Frank O’Mara.

Earlier that year Frank had won the gold medal in the 3,000m at the first World Indoor Championships in Indianapolis, the day after Marcus O’Sullivan won the 1,500m. Frank was already a superstar in my eyes and I could hardly believe it when we were all sitting around a local cafe the night before our races, chatting about life and running and everything in between.

I was shy, and a little terrified, especially when Frank started questioning my decision to go to Villanova over Arkansas, where he said the weather was much nicer, and could never have imagined he’d become such a close mentor and confidant throughout my own running career, and remain a lifelong friend.

Frank was 10 years ahead of me, having also made his senior Irish debut when he was just 17, which maybe helps explain why he was looking out for me. Our careers then overlapped for a while, including the 1992 Olympics in Barcelona, and that close connection remains special to this day, his 60th birthday. He continues to inspire and motivate in an entirely different way, as his life story to date can attest.

Frank grew up in Limerick, starting athletics, like most Irish children, at the Community Games, winning the Limerick 400m and earning the dream trip to Mosney for the National Finals. When he started at St Munchin’s boarding school, in 1972, he played some rugby but always felt more aligned with athletics.

At the end of school year, in 1975, excited to be packing up for the summer holidays and looking forward to the comfort of his own bed and his mother’s cooking, he got word that his father, Frank senior, aged just 64 had suffered a heart attack and was taken to Limerick hospital.

Back then children were not welcome visitors in the hospital intensive care units, so Frank wrote a letter to his father, promising that he would do everything he could to win the All-Ireland Schools intermediate 1,500m the following year, in the hope that it would encourage his father to get well with something to look forward to.

Frank senior, a serial entrepreneur, a trait inherited by his son, was also an avid sports fan. As it turned out, this was the last communication his son had with his father, as the latter passed away one week later.

This turned out to be a catalyst for a dramatic improvement in Frank’s athletics career, as he won that first schools 1500m title a year later, also winning the 3000m and helping St Munchin’s to the team title. In 1978, Frank then followed in the footsteps of his schoolmate Niall O’Shaughnessy to the University of Arkansas, convinced it was the right decision after John McDonnell was the only US coach to come and visit Frank to recruit him.

Frank ended up spending 11 years at Arkansas, earning a civil engineering degree at undergraduate level, an MBA in business administration, while staying on as assistant coach to McDonnell, and then continued on to Law school, passing the Arkansas bar exam while at the same time throughout training and competing internationally on the European circuit, World Championship and Olympic stage.

He became only the third Irish male athlete to win the 1,500m at the NCAA Championships in 1983, following on from Eamonn Coghlan and Ronnie Delany. He also helped Arkansas overcome Villanova at the acclaimed Penn Relay Championship of America event in Philadelphia in 1983, anchoring both the distance medley and 4x1,500m, named the best male performer of the weekend.

Once graduated from Arkansas in 1983, Frank went straight to the Cork City Sports, a breeding ground for many young Irish athletes, and in one of his first races out of college finished in third behind John Walker and Steve Scott running a personal best 3:52.5 for the mile. He went on to the 1983 World Championships in Helsinki that summer, before competing in three Olympics, 1984, 1988, and1992, and winning two World Indoor titles over 3,000m, in 1987, and 1991.

As a qualified lawyer, he first came on board with his former athlete management company KIM as general counsel and advisor. In 1998 it was time for a real job, vice president with Alltell a telecommunications company based out of Little Rock, Arkansas – one of the largest phone companies in America.

It was like his athletics career all over again, taking giant leaps to the top where the competition was intense. Over a period spanning 11 years he changed his role several times and became chief marketing officer. Things were moving fast in the mobile phone business, and he was involved in the sale of Alltell to Verizon on January 8th 2009, and the very next day January 9th, he remembers he experienced his very first symptom of Parkinson’s disease.

He didn’t realise at the time when his left foot started hitting his right calf on a five-mile run, soon after it started recurring after four miles, then three miles to the point where he had to stop running and it started even occurring while walking.

During the summer of 2009, he was at home in Limerick with his good friend and physical therapist Gerard Hartmann, who arranged a visit to the Santry sports clinic where he met Dr Eanna Falvey and was diagnosed with something in the Basal ganglia family; not exactly sure what but something neural that would need to be investigated more and Frank was worried.

Back in Little Rock, Frank took up the role as CEO of Allied wireless where he was involved in numerous meetings with the US department of Justice and the Federal Communications Commission to get approval for the purchase of Allied from Verizon. This went on for seven months and during this time in October 2009 Frank was officially diagnosed with Parkinson’s disease aged 49.

He would take beta blockers to prevent shaking in meetings with government officials, as he was in a state of denial, trying to slow the warning signs. He later sold Allied wireless to AT&T in 2014, the same year he was diagnosed with Lyme disease which can display symptoms of Parkinson’s disease. With that he had a port installed in his chest to allow for intravenous antibiotic treatments three times each week, and during this time it became a struggle just to walk.

Between 2016 and 2018, his Parkinson’s got really bad, the worst being neck cramps which affected the ability to breath and needed help from his wife Patty to force his head down to alleviate the cramps and allow free breathing. Persisting to find a solution, Frank met dead ends along the way, trying gait therapy and speech therapy, six months effort to no avail.

After much investigation and discussion on January 9th 2019, exactly 10 years after his first symptom, he travelled to the Mayo Clinic in Minneapolis for a five-hour operation, Deep Brain Stimulation surgery, which involves a surgeon placing thin metal wires in the brain that then send electrical impulses to the brain to help control some of the motor symptoms. DBS is not for everyone and can take time to realise the full effects of the surgery but it can be transformative for some patients and reduce medication needs.

In September 2019 he had vocal-chord augmentation, to improve the volume of his speech, which has been successful. When I talk to Frank on the phone these days he hasn’t changed at all, the same warm, fun and playful character shines true. This is just a small portion of his life that brought joy and inspiration to many in the athletics world, and continued the strong Irish middle distance tradition of international success.

Throughout his athletic career he never took his eyes off the business ball where he would ultimately end up. Frank has always believed that if you keep your eye on the target something positive will happen, you keep moving forward and you stay in the game.

Now he relies on the discipline and diligence of his athletic training to prepare him for the challenges he faces daily. There is always something to focus on, something to help him improve, his first thought on waking each morning is “am I any better, have I improved?” and he calls on his favourite quotes from Michael J Fox.

“My happiness grows in direct proportion to my acceptance, and in inverse proportion to my expectations” whereby “acceptance doesn’t mean resignation but understanding that something is what it is and there’s got to be a way through”.

Earlier this week, Frank sent me a video and he’s taken to table tennis, after reading it can be used as a form of physical therapy to improve the symptoms of Parkinson’s. Frank decided to give it a go and after 20 minutes the improvement was noticeable. Keeping the eye on the ball, always moving forward, and still an inspiration to me.

Frank O’Mara - Back Track of his Running Life