Rewriting of record books considered to blot out doping 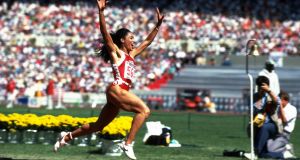 Some sort of rewriting of the track and field record books is being examined as the sport continues to wrestle with its credibility in light of recent doping scandals.

The problem is deciding how to draw a line through not just some of the existing world records but also continental and national records: UK Athletics has called for all world records to be reset as part of its Manifesto for Clean Athletics, published yesterday, although the European Athletics Federation is examining a somewhat more plausible solution.

“So he has put together a working group, including myself, to present some concrete proposals towards addressing this. But scrapping a record is a complex business. There may be question marks over some, while others may be considered fair.

“What we are looking at instead is adjusting the rules of competition for certain events. In the 100m, for example, there are ways at looking at the photo finish. Instead of using the ‘trunk’ of the body, as is now the technical rule, it could be adjusted to make it the ‘chest’. So, under these new regulations, the existing records are no longer applicable.

“It’s already been done, when they redesigned the javelin, after the distances being thrown became dangerous. Something like that could be done across the throwing events. In the 110m hurdles, the official height of the hurdle is 106.7cm, so perhaps that could be adjusted too. Or another example, in race walking, where they are very close to introducing an alarm on the shoe which indicates loss of contact with the ground, thereby breaking the rules. That effectively becomes a different event, under new competition rules, and with that allows for new records.

“In the jumps and pole vault, there doesn’t appear to be as much of a problem [with doping]. So we can’t just wipe all the records clear and begin again. We can break down the different events, different disciplines, and work from there. We’re looking at a few different ideas and we’d hope to report by the late spring. We’re not going to hang around on this.”

Indeed the current IAAF world records for women now have a combined age of over three centuries, many of which will outlive the women who set them. They already have in the case of Florence Griffith-Joyner’s 10.49 for 100m and 21.34 for 200m, both set in 1988. She died in 1998 of an epileptic seizure.

Athletics Ireland has just published its complete evolution of national records, and many of those records are equally long-standing: Colm Cronin’s triple jump record has stood since 1977, Ray Flynn’s mile/1,500m record since 1982, and John Treacy’s marathon record since 1988.

“If competition rule changes are agreed, then effectively that becomes a different event, but to be fair, Ireland has been one of the world leaders in anti-doping. That’s well accepted. Some word records have lasted long because we know were part of a doping regime. Others are still there because they were set by great athletes.

“We want to ensure the people can believe what they are watching, not associating with records from, say the former East Germany. But this is only the start of the process of restoring some credibility.”

For the Evolution of Irish Athletics see athleticsireland.ie

Walk tall, golfers, and tell Leo that golf is not the enemy at the gate 06:35
Mick’s millennium: McCarthy clocks up his 1,000th game as manager 06:00
The interpros give players a chance to prove the coaches wrong 06:00
Pro14: Munster-Connacht rivalry set to take on a sharper edge 06:00
Indoor Championships draws record number of athletes despite pandemic 06:00