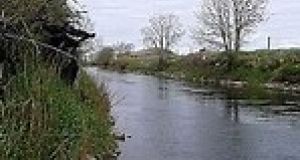 The Clare river, Galway, is set to benefit from stream rehabilitation.

Inland Fisheries Ireland (IFI) has recently launched a new initiative in conjunction with local angling clubs to seek a way forward to improve stocks of wild fish in Ireland’s trout and salmon fisheries.

Many anglers believe wild brown trout fishing has been struggling to compete on the world stage because fisheries are underperforming and no longer capable of producing good catches.

The first of these partnerships is with Cairde an Chláir (CanC), a federation of angling clubs formed in 2015, associated with the Clare river, Galway. The joint collaboration has committed to restoring more than 900m of the Abbert river, as part of the first stage of the initiative. This big project (estimated at more than €100,000) has been a prime objective of CanC since 2017.

All protocols have been met and the two elements which can prevent development from taking place are the weather and Covid-19. The pandemic has hampered progress but IFI has met this challenge and the project has moved into the final stage where work on the river can now commence.

In addition to the Abbert project, a five-year plan to restore more than 8,000m of nursery stream habitat on the Clare river catchment is also under way. This partnership is the beginning of an initiative which could be utilised nationwide.

Three projects have been allocated for 2020-21, ie Sinking river, Cloondahamper/ Cloonascragh and Nanny river, which together amount to more than 1,800m of in-stream development.

The Clare river is a major contributor of fish stocks to the Corrib catchment, and, as a result this development, will benefit river and lough anglers, and trout fishing which, as of 2015, was valued at €148 million by IFI.

Nursery streams are important for seeding rivers and loughs, and when they become unproductive stocks of trout and salmon decline. Simple measures such as improving the flow, narrowing the channel or introducing new gravel can bring an unproductive stream back into play.

A hen wild brown trout weighing 1kg can produce up to 2,000 eggs. Together with IFI, CanC are giving nature a helping hand by providing a place for that fish to lay her eggs, and creating habitat giving shelter and food to the young.

Streams fall into decline because of modern farming practices, the increasing demand for water, land drainage and effluent discharges.

The Arctic Char is a remarkable survivor from the Ice Age and can be found in a few deep freshwater lakes in Wales. In December 2019, Natural Resources Wales (NRW) collected eggs from Afon y Bala, which flows into Llyn Padarn in Snowdonia, north Wales.

Now, after 10 months, the young char can be released into the lake. Improving the water quality in Llyn Padarn has paid dividends and helped greatly to conserve and enhance these enigmatic fish.

Walter Hanks of NRW said: “The breeding programme went well and now, with the char measuring about 12cm and weighing around 13.25 grams, it’s great to see them returning to their natural habitat.”

Sincere condolences are extended to the family of Anthony O’Sullivan from Kilmurry, Cork, who died recently. Anthony was an excellent fly fisher and a regular visitor to Lough Mask. It was always a pleasure to be in his company for the great craic and the “odd song or two”. He will be missed. RIP.
angling@irishtimes.com