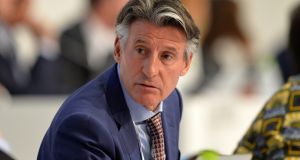 Russia’s athletics federation will learn on Tuesday whether its ban for widespread doping, in place for the last three years, will be lifted by the International Association of Athletics Federations (IAAF).

The IAAF’s council will vote on Russia’s status after hearing a report and recommendation by its task force on the sporting power’s progress in meeting conditions laid down for reinstatement.

A press conference has been scheduled in Monaco for lunchtime Tuesday to announce the decision, with the feeling around the principality seeming to be that the suspension may remain in place.

The Russian Athletics Federation (Rusaf) was banned by the IAAF in November 2015 after a World Anti-Doping Agency (Wada) commissioned report revealed widespread doping in the country.

Since then some individual Russian athletes, however, have been allowed to compete internationally as neutrals provided they met certain criteria that showed they had operated in a dope-free environment.

The IAAF’s Russia task force head Rune Andersen said in July that Rusaf had made significant but not complete progress in meeting the reinstatement requirements, and the ban would remain in place until at least December.

To be reinstated, the IAAF has said Russia must acknowledge findings of the Wada-commissioned McLaren report that doping in the country was state-sponsored and also provide access to the data from testing of samples at the Russia Anti-Doping Agency’s (Rusada) Moscow laboratory from 2011-2015.

Russia has accepted there was extensive doping in the country, but its authorities have continued to deny any of it was state-sponsored.

The International Olympic Committee (IOC) and Wada have both reinstated Russia.

Wada’s controversial reinstatement in September this year was on the condition Russia recognise the findings of its report and allow access to Rusada’s stored urine samples.

Failure to provide access to the full data from the Moscow lab by December 31st could lead to another suspension, Wada warned.

There are indications the IAAF council could continue its ban while it awaits Wada’s access to the relevant data.

Also hovering in the background is Rusaf’s appeal to the Court of Arbitration for Sport (Cas) to have the ban lifted.