All proceeds from the Courtlough winter league donated to Pieta House 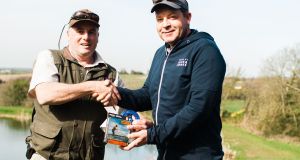 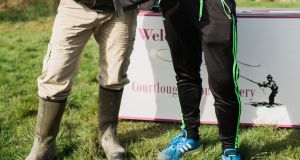 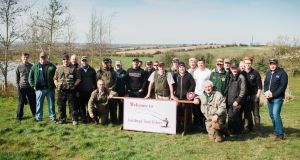 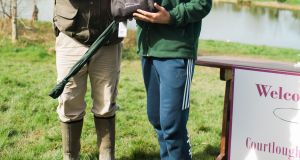 ON MY arrival at Courtlough Fishery in Balrothery, Co Dublin, last Sunday, manager Garrett Ruigrok was busy preparing lunch for the finalists of the winter league. The 22 contestants had earned their place in the final from a demanding set of competitions over the past six months.

Weather was ideal for fly fishing, with a light breeze and overcast. “Today I would recommend a sinking line and lures for the morning session and switching to a floating line with epoxy buzzers in the afternoon,” Garrett said.

Rules on the day were straightforward – one point per fish, maximum of three barbless hooks, indicators were permitted and each angler was required to move three pegs every 30 minutes. Fishing commenced at 10am until 2pm.

In a very generous gesture, all proceeds from the winter league, amounting to €575, were forwarded to Pieta House.

Courtlough, in my opinion, is one of the finest put-and-take trout fisheries in the country, working off four acres in a natural rural setting, yet only 25 minutes from Dublin city. The fishery offers fly fishing for superb rainbow and brown trout to 6.8kg.

The concern also relates to a number of well-boats operating on Irish salmon farms that may also be operating in Scotland and possibly Norway, and travelling freely between these jurisdictions.

Over the last number of years Gbasc has tracked well-boats to Scotland from Ireland using their Automatic Identification Systems and it is logical to conclude they are vectors for transferring disease between salmon farm sites in this country.

The group is therefore calling on the Government to ban all fish farm well-boats travelling from foreign jurisdictions to Irish waters and to restrict them from moving to salmon farms along the west coast, pending a full public examination of existing protocols.

“Minister Creed, we again plead with you not to grant any more salmon farm licences in 2017, as once they are granted they are almost impossible to withdraw, no matter what the circumstances. This is a matter of grave concern to the angling community and the inshore fishing community who rely on pristine disease-free waters to operate in,” according to Gbasc chairman, Billy Smyth.

The lecture, entitled How smart are fish? Integrating what scientists and anglers know!, will challenge the commonly-held view of fish as robot-like animals with no intelligence and a 30-second memory, which often leads to fish conservation being ignored in favour of more charismatic animals.

Fish perform many complex behaviours that in mammals, for example, would be deemed intelligent or “smart”. They form mental maps, use tools, build complicated structures and develop traditions.

The dissonance between popular image and reality arises because most people do not have the time or opportunity to discover just how complex fish behaviour is. However, it needn’t be this way. Anglers spend a lot of time observing and interacting with fish, so in this session we will explore what they have to say about how smart, or not, fish are.

Our aim is to promote a lively discussion between people with different perspectives and to highlight the value of the traditional knowledge that anglers possess and that they pass on to successive generations.