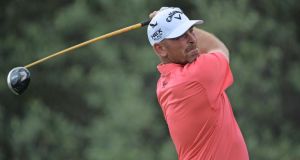 A pair of eagles saw Denmark’s Thomas Bjorn pull away from his challengers to claim victory and the $1.25-million (€912,000) first prize at the Nedbank Golf Challenge in Sun City, South Africa yesterday with a 20-under-par total of 268.

Bjorn sank the eagles at the 10th and 14th for a final round seven-under-par 65 and a two-stroke victory, shrugging off a spirited challenge from Spaniard Sergio Garcia and overnight leader Jamie Donaldson of Wales.

Donaldson, who carded a 70, and Garcia, with a 65, ended in joint second position with 18-under-par totals of 270 at the Gary Player Country Club.

The 42-year-old Bjorn had been three behind Donaldson while Garcia started the last round five off the pace but surged into contention with six birdies in his outward nine holes.

Looked back
Garcia’s birdie at the 14th brought him level with Bjorn at 18-under-par but the Dane immediately responded with his second eagle of the round to take a two-shot advantage from which he never looked back.

“The hole owed me from yesterday. I hit it in a divot and made six. Golf is funny in that way,” Bjorn said at the trophy presentation.

His maiden title in South Africa represents the 11th country in which he has won an official event on the European Tour and is his 15th win in total on the tour. It also extended his exemption on the tour to 2016.

“Obviously having two eagles on the back nine on a Sunday doesn’t happen very often,” said Bjorn.

“The shot into 14 was a bit fortunate but that’s what happens when you win golf tournaments, I guess.”

African flags
Fans surrounding the 18th hole waved streams of South African flags in late afternoon sunshine on a day dedicated in the country to prayer and reflection following the death of former President Nelson Mandela.

“To see what one man can do, it’s an inspiration to all of us,” said Bjorn. “If we all just did a bit more, this world would be a better place.”

A bogey for Garcia at the 16th effectively ended his challenge.

“I tried to be aggressive all day and drove the ball well,” said Garcia.

“I had just one bad swing on 16. But Thomas (Bjorn) played unbelievably and I needed to keep birdieing if I was to have a chance.”

Donaldson, who led for two-and-a-half days of the tournament, played steadily until the ninth hole where he dropped a shot and saw his lead cut to one before Bjorn overtook him one hole later.

But the Welshman went back into a tie for second place with Garcia after a birdie on the 17th.

World number three ranked Henrik Stenson of Sweden finished fourth on 272 after a last round of 67, with Brendon de Jong of Zimbabwe fifth, ending on 273 after a 66.

This year marked the expansion of the event from a 12-man invitational tournament to a 30-man elite group and a slot on the new European Tour season.

3 Joanne O’Riordan: Inspirational Press a winner in more ways than one