Henry Shefflin throws down the gauntlet to Dublin and Wexford 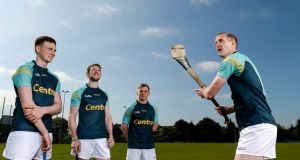 In another lifetime Henry Shefflin would have been very careful about what he said about the state of Leinster hurling.

Now, sitting comfortably in retirement and various punditry seats, he says it exactly as he sees it – and what he sees isn’t particularly encouraging.

Dublin play Wexford in Croke Park on Saturday for the right to face Kilkenny on June 11th, and Shefflin suggests it’s “a peculiar one”, that there’s pressure on both teams to deliver; more than just a victory – they also need an inspired performance if they are to challenge the All-Ireland champions just three weeks later.

“I know the last day, Wexford put up a big backlash against Waterford, nearly pipped them in the league quarter-final,” says Shefflin.

“But I think there is pressure on. We expected a lot from them last year and they just didn’t deliver.

“But I think there is pressure on Dublin as well. It’s a peculiar one. No one really knows what way it’s going to go. I just think you need everything going right for you.

“And it just doesn’t seem to be flowing for either of them at the moment.

“Now, whether a win this weekend will give them the bit of confidence, it’s hard to see. If you can win it playing well. But I don’t think either team can afford to have a poor-ish enough game, where one of them pips the other one. I think these teams need confidence.

“They will go in as underdogs as Kilkenny, no matter what. They’ll be motivated, because they’re playing Kilkenny.

For Shefflin – speaking at the launch of Centra’s sponsorship of the hurling championship – part of Dublin’s problem is their enduring inconsistency:

“Last year there was a lot of change, again, but all we can go on is the league performances. Dublin had a very poor start to the league. They were good in the middle. And a very poor end to it. So it’s very hard to gauge from that.”

The Munster hurling championship also gets underway in earnest this weekend with the meeting of Cork and Tipperary, in Thurles on Sunday, although like most people, Shefflin has been suitably impressed by Clare and Waterford’s league form to suggest they remain the teams to beat in the province.

“I thought Clare, last year, would have come, and spoke about them pre-championship, but I’ve no doubt this year that they are coming. They’re winning matches that they wouldn’t have won last year or the year previous. So I think they’re a serious team. For me, it’s always about the top quality forwards. Tony Kelly, Podge, Conor McGrath, they have so much talent up front and they can do serious damage.

Not that all this talk of Clare and Waterford will cause doubts in Kilkenny.

“Kilkenny don’t really doubt themselves. We’re talking about these games . . it just keeps them out of the limelight and that probably suits them. Because they’ve had an awful lot of limelight come August, September time. So it’s good sometimes to go under the radar a little bit.”