Carlow surprise Laois to secure win in Leinster U21 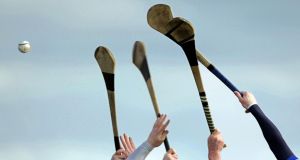 Not since they beat Laois in O’Moore Park five years ago had Carlow scored a goal in the championship or won a game but last night they came back to haunt the O’Moores with a devastating second-half performance to turn a four-point deficit into a two-point victory.

Laois were slightly the better team in the opening half but only because they had senior county star in attack and he accounted for three goals and a point.

Carlow had missed eight possible scoring chances but got a good goal after 20 minutes from James Doyle and at the interval Laois led 3-4 to 1-6.

The introduction of Kevin McDonnell for the second half turned the game on its head as he fired over six points from placed balls and added a seventh from play to put the visitors four clear entering the final quarter.

Carlow got an important goal midway from Pete Shaw and although Laois clawed their way back with points and a goal from PJ Scully to leave the minimum dividing the sides but it was McDonnell who got the last score after the hosts were reduced to 14 players. Carlow now welcome the winners of Dublin and Kilkenny in June.

Wexford strike late to see off Galway 18:37
Ulster huff and puff their way past Bath and into the quarter-finals 18:09
Haaland hits the ground running with hat-trick on debut 17:44
Defi Du Seuil confirms the form with Un De Sceaux at Ascot 17:28
Man City slip up at home to Crystal Palace 19:32
Crossword Get access to over 6,000 interactive crosswords