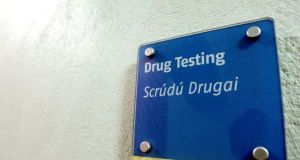 A precedent has been set for future doping cases in the GAA after the unsuccessful defence, leading to a two year suspension of Thomas Connolly, who tested positive for the anabolic steroid Stanozolol last February.

The GAA anti-doping hearing committee stated: “We simply do not accept that lack of knowledge by an inter-county player would justify him/her being excluded from anti-doping rules which are so well established.”

Connolly was given tablets by a “work colleague” after complaining of “pain and stiffness” as a result of the training he was exposed to as a new member of Malachy O’Rourke’s Monaghan football panel.

The 23-year-old was part of the Monaghan squad from November 2014 until March 2015, when he played three matches. He was informed of an adverse analytical finding five days after the February 13th out of competition test by the Irish Sports Council.

Connolly “indicated that he was given a container with tablets by a work colleague, whom he named.”

“He took 4 tablets per day - 2 in the morning and 2 with his dinner for 4 or 5 days and stopped using the tablets a day or two before he was tested because they were of no benefit to him and he continued to feel the pain.”

Despite O’Rourke and county board chairman Padraig Sherry testifying that Connolly had not been informed of anti-doping rules, it was established that the player is responsibility for educating himself about banned substances.

Stanozolol is listed as an exogenous anabolic androgenic steroid on WADA’s prohibited list.

The committee’s report continued: “As Mr O’Rourke said in his evidence - ‘I do understand that players are subject to anti-doping rules, yes,’

“Question: Okay, and do you think that they have a responsibility to make sure that they don’t take steroids, for example?’

Connolly’s testimony and legal argument by his barrister, Aaron Shearer, convinced the committee that he unknowingly took steroids. In cross examination, the GAA’s barrister David Casserly “strongly challenged” this claim by Connolly.

“Whilst we accept that his conduct falls short of recklessness, we consider that there is a high degree of negligence in this case,” read the ruling.

That allowed him to receive a two rather than four year ban.

As he is a member of the GAA, the committee stated that the Irish Sports Council had a right to test Connolly.

Furthermore, Casserly “urged the committee to draw an adverse inference from the athletes failure not to call evidence from the colleague who supplied him with the tablets. However we were not willing to do so and did not want to speculate on the many potential reasons why he did not attend the hearing.”

The committee also expressed concern “about the apparent lack of understanding and application of the anti-doping rules and processes at county level in this case.”

“Whilst we were impressed by the evidence of Messers [FEARGAL]McGill and [RUAIRI]Harvey [both of the GAA player welfare] in respect of anti-doping education at central level, we would urge the GAA to intensify its work to ensure that all players, county officers, coaches, managers, medical and allied sports science personnel and players representatives are fully cognisant of their obligations under the Association’s anti-doping rules.”