St Benildus prove no match for St Brendan’s of Killarney 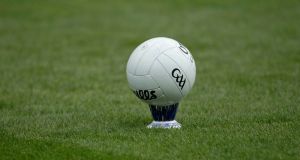 Evan Cronin helped himself to 2-3 as St Brendan’s demolished Dublin outfit St Benildus to keep alive hopes of a first Hogan Cup title since 1992. The famed Killarney outfit hit the high notes again, with all but one point of their winning tally collected from play at MacDonagh Park, Nenagh.

The writing was on the wall from a long way out as St Benildus had to wait until the 27th minute for their opening score – and were 16 points down before Callum Pearson pointed.

They’ll have to wait to learn the identity of their final opponents as Ulster’s MacRory Cup final goes ahead on Thursday, the winners of that play Connacht champions Summerhill College, Sligo, in the other Hogan Cup semi-final.

By half-time, St Brendan’s were 3-7 to 0-2 clear of St Benildus, with inside forwards Michael Casey, Cronin and David Shaw bagging the goals.

Casey scored the game’s opening goal in the 11th minute to finish a flowing move and Cronin struck four minutes later. Three minutes before the break, Shaw netted from Billy Courtney’s pass and that was the signal for some patrons to head for the exits.

St Benildus rallied briefly after the break but any faint hopes of a revival were snuffed out when the ball was turned over in midfield and “The Sem” broke with lightning speed. The end result was devastating as top scorer Cronin rammed home his second goal from close range.

GAA offer €40 refund after all intercounty season tickets are cancelled 18:51
Wigan will play in League One after losing appeal against 12-point deduction 17:40
Man United close to €100m deal with Dortmund after Jadon Sancho agrees terms 15:11
Iker Casillas calls time on playing career career aged 39 14:59
Hockey Ireland hope to have new men’s coach in place by end of year 14:19
Crossword Get access to over 6,000 interactive crosswords