‘We’ll willingly make heroes out of their biggest spoofers, because they’re so damn charming’ 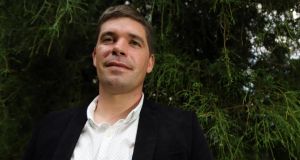 In the grandest of Irish traditions, I spent a week of my holidays in Kerry this year. As I was walking out the door and leaving Dublin, I was told by Malachy Clerkin of this parish that Kerry in August is one of the ten greatest things about being Irish, and after a week of Murphy’s ice-cream, stunning scenery, a worn-out second gear in the car and overpriced B&Bs, I was in no mood to disagree.

Of course I had been there before, having holidayed there with my parents as a 12-year-old back in the mid 1990s. It’s hard for me to even describe how much of a football nerd I was back then, but the photograph taken of me outside Pat Spillane’s bar with the man himself would go a large way to helping you understand.

It wasn’t just Pat Spillane’s bar though. I was in Paidi’s out in Ventry, I bought a donut in Charlie Nelligan’s bakery, and if I thought I had a chance of meeting Eoin Liston in his financial services office, I’m sure I would have been able to fabricate an interest in some life assurance.

When I was there this year, they were preparing for an All-Ireland semi-final against Mayo, a game they went into as underdogs. Even taking into account the ‘cute hoorism’ factor (on high alert once they’d heard my west of Ireland accent), it was plain to see that this was a source of never-ending amusement to them.

Now they go into an All-Ireland final against Donegal (sum total of All-Ireland titles – two), with some bookies starting the betting with Kerry as 2/1 outsiders. That has come in quite a bit in the last two weeks, but this is new territory for Kerry.

The narrative for this final should be simple – Donegal are the minnows, taking on the evil empire. But the remarkable thing about Kerry football is that even though they have won more All-Irelands than anyone else, they retain a special place in many people’s hearts as their second team.

Think of the New York Yankees. Or Manchester United. Their success and their unpopularity go hand in hand. They feed off it; they are in some ways defined by it.

If you asked an American why they hate the Yankees, they’ll look at you like you’re nuts. Because they’re the biggest, and the best. What’s to like about any of that?

And yet in contrast, the only place where you could say with any degree of certainty that Kerry football is not a beloved institution is Cork, where the sheer weight of defeats was always eventually going to tell.

For everyone else, getting beaten by Kerry couldn’t happen any more often than two or three times a decade. For the rest of that time, we could sit back and watch them play football – and that’s a lifelong joy.

We should hate them for their ‘characters’, their ‘yerra’s’, the incurable disease among their former players for nodding and winking at us. But we can’t help ourselves. We’ll willingly make heroes out of their biggest spoofers, because they’re so damn charming.

It doesn’t matter that they’ve embraced most of what makes modern football different to the game played in the ‘50s and ‘60s – the defensive strategies, the tactical fouling (if you listen to Joe Brolly), and most dramatically of all, closed training sessions.

We don’t worry about that too much because their own fans can be relied upon to kick up much more of a stink about the direction of Kerry football than we will – we’re just suckers for those hooped socks. The argument over the closed training sessions in itself was outrageous.

Micheál Quirke was talking to us last week about how they went into All-Ireland finals against Cork with 3,000 people at training, knowing full well that what they had just worked on in drills would be across the border before they’d gotten out of the showers.

The training sessions should have been closed 20 years ago, but when Eamonn Fitzmaurice finally bit the bullet he had to write an open letter on the Kerry GAA website to explain, using the kind of language normally reserved for the note you have to write to your neighbour telling them you’ve just reversed over their cat.

Jack O’Connor took on many things in his time in charge, but even he backed away from that one.

In the end the neutral’s love for Kerry football must have as its genesis those childhood trips for us all to Killarney and Cahersiveen and Dingle – where we discovered that alongside the pride in their county’s natural beauty was a genuine, hard-edged pride in their footballers.

We’ve never held winning against them, and we probably won’t hold number 37 against them either, whether or not it arrives on Sunday.

1 Gerry Thornley: Talk of Anglo-French hegemony is over the top
2 What next for green jersey hero Sam Bennett after the toughest of Tours?
3 The Offload: Saracens prove Pro14 is not fit for purpose
4 Laois hurler Enda Rowland makes waves on the golf course
5 Pep Guardiola to play ‘mostly academy players’ in Carabao Cup
Real news has value SUBSCRIBE