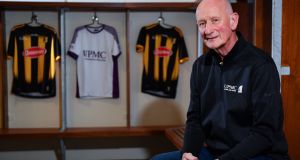 Brian Cody: “You play in April and then it’s, ‘We’ll let you know when you’ll play again’ sort of stuff, ‘It could be August, whatever, we’ll see, could be September.” Photograph: Sam Barnes/Sportsfile

A couple of days on from the release of the Fixture Calendar Review task force’s report, Brian Cody has yet to sit down with the 63-page document and a highlighter pen.

Truth be told, the main intrigue in that document relates to football and potential new structures for the championship though there are various recommendations for the small ball game.

For now, Cody’s primary concern is the welfare of club players whom the 11-time All-Ireland winning manager insists are getting a raw deal or, as puts it, a “hard time” from fixture makers.

The Fixture Calendar Review task force will argue that improving the lot of club players is at the heart of their document and that much Cody will definitely be pleased to hear.

“I think the club scene has been really getting a hard time,” said Cody at the official announcement of UPMC’s 10-year naming rights partnership with Kilkenny GAA that sees the home of Kilkenny GAA renamed UPMC Nowlan Park.

“You play in April and then it’s, ‘We’ll let you know when you’ll play again’ sort of stuff, ‘It could be August, whatever, we’ll see, could be September’. It’s not the best situation for the clubs at all and I know a lot of club players are very, very unhappy with it. The balance is not right, it’s just not right.”

The Club Players Association had representation on the fixtures committee but withdrew at the 11th hour in protest.

They said they were ignored and that their proposals for structural reform of the football championship weren’t considered, claims task force chairman Eddie Sullivan has rejected.

“Obviously things aren’t great at the moment either with communication, with representatives of the clubs pulling out of the task force thing that was going on there, at the end of those discussions,” said Cody “I’m not exactly sure what was happening but there does need to be a meeting of minds on it.”

The April club window allows counties to stage games in this period and Kilkenny also took advantage of a break in the inter-county calendar during the Leinster championship for matches.

“You’re still waiting four or five months for the next game, trying to do something [training wise], whatever you could,” said Cody. “That’s not a solution. The balance is not right, like I said. It’s difficult and I don’t have the solution for it but I would love to see something more positive happening.”

As for potentially increasing the Leinster and Munster senior championship groups from five teams to six each, Cody shrugged.

“Look, I don’t know, I don’t think you can look at it in isolation,” he said. “You can’t just look at the inter-county scene without looking at the club scene and the college scene and all the scenes that are there. There’s a glut of fixtures for a number of players and the players that are being squeezed are the club players.”

Meanwhile, Cody confirmed that Richie Hogan, sent off in August’s All-Ireland final defeat to Tipperary, will return for the new season in 2020.

Racecourse betting ring rallies in 2019 with increase in turnover 01:00
Niall Quinn and Gary Owens reassure FAI staff about future 01:00
Sizing John set for return to fences in Irish Gold Cup 01:00
Wembley is the sole focus for Leicester and Aston Villa 22:30
Youthful Arsenal secure passage into FA Cup fifth round 22:29
Crossword Get access to over 6,000 interactive crosswords