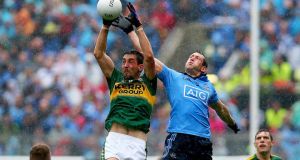 Although the GAA director general Páraic Duffy said that he was disappointed with the outcomes of a number of Saturday’s debates, the weekend’s annual congress has made significant progress in addressing one the association’s biggest problems: burn-out.

It has also been a personal vindication for Duffy, who launched a discussion paper in November synthesising proposals from previous reports, intended to resolve issues relating to young player burn-out, over-training and the chaotically inadequate provision of club fixtures. He also intervened to argue the merits of the relevant motions during the weekend’s debates.

Friday night’s decisions to re-grade minor inter-county as under-17 and bring the under-21 football equivalent forward to under-20 in a strictly developmental context – played in the summer with participants ineligible for senior intercounty – were measures always regarded by Croke Park officials as of immense importance in reducing the training and fixtures burden on young players.

The problems arose on Saturday when congress appeared to be suffering from reform fatigue and none of the proposals intended to address the club fixtures issue – bringing forward the All-Ireland finals, restricting replays to All-Ireland and provincial finals and abolishing the intermediate hurling and junior football All-Irelands – attained the two-thirds vote, with support at 61, 54, 65 and 61 per cent respectively.

Asked for his overall view on this year’s congress, Duffy was a little regretful.

He said that he didn’t believe the failure to bring forward the All-Irelands by two weeks would impact on plans to introduce a calendar year into club football – by staging All-Ireland club finals in December rather than on St Patrick’s Day.

“We’ll look at that now in light of this year’s decision, but it doesn’t necessarily mean it’s ruled out, no.”

Speaking about Friday’s withdrawal of the Central Council motion to provide an All-Ireland B championship, the president Aogán Ó Fearghail said that certain counties for whom the proposal had been designed had “changed their minds”, prompting the decision to drop the idea.

There were other interesting decisions taken. Jarlath Burns, chair of the Standing Committee on the Playing Rules, guided through the acceptance of the mark in football to reward the high catch. His arguments on preserving the skill by creating incentives – any catch of a kick-out that has travelled at least 45 metres will earn a free kick or the option of playing on – resonated with delegates.

There was another victory for the top table when the Dublin motion to ensure that all televised championship matches should be available free to air was heavily defeated, by 15 per cent to 85.

The proposal was supported by only one other county, Donegal, and widely opposed, including by former president Nickey Brennan, on the grounds that it would undermine the competition necessary for the association to get full value for its media rights and also that commercial matters should be left up to the GAA’s Management Committee and staff.

An Antrim motion to allow the winners of the Christy Ring Cup access to the same year’s Leinster championship was passed by an unexpectedly large margin, 80 per cent to 20.

“We need to look at that motion very carefully and how it will be implemented,” said Duffy.