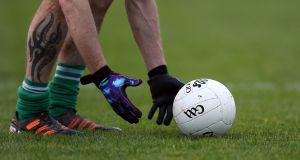 County boards should never unduly hasten their county championships to facilitate those nine or ten clubs who care about what comes next. Photograph: Donall Farmer/Inpho

Last night, Castlebar Mitchels played Garrymore in the Mayo senior football championship semi-final. In three days’ time, the winners of that game will play a county final. Waiting for them will be Ballintubber, who eight days ago faced Hollymount-Carramore in a quarter-final replay, before beating Claremorris in their semi-final last Sunday.

And all this mad rush to ensure that, allowing a week for a replay if the final ends in a draw, Mayo have a representative in the Connacht club championship to face Leitrim champions Mohill on November 4th.

To say this is a ridiculous state of affairs is to state the obvious. Maybe Mayo’s ten-game run through the 2017 championship explains it, and maybe it doesn’t, but either way the idea that so many club players have to travel from Galway or from Dublin, as would have been the case for players on all four teams asked to play the biggest game of their year under lights in the middle of the week, is pretty shabby.

The Mayo champions will either beat Mohill, or they won’t on November 4th. But the fact that the efforts of all the club players in Mayo are demeaned by being asked to play such important games on a Wednesday night, to facilitate the Connacht club championship never ceases to amaze.

Ballintubber have never won a Connacht club title, but they’ve only ever won three Mayo championships. Maybe they’ll care about the Connacht club championship, but maybe that’ll only happen when they get there and they’re finished celebrating.

The provincial club championships can be glorious, can provide us with some brilliant games, and keep us all entertained in the winter if you can’t face the Premier League or the rugby, but let’s keep some perspective, please.

For club players of every stripe, your county championship is the blue riband. It’s the be-all and end-all. It needs to be treated as such.

The Connacht Council set a date in their diary for the first round of their provincial club championship, and just like that, the Mayo County board has to scramble madly to have a team for that date.

This is putting the cart before the horse on a grand scale – it’s telling David Lean to hurry up and chop 75 minutes off Lawrence of Arabia to ensure it fits on a double-bill with a Hammer horror movie.

There are a number of football clubs in the entire country for whom the provincial and All-Ireland club championships are a major goal – Corofin; Castlebar Mitchels; St Brigid’s; Kilcoo, given the regularity with which they win the Down county championship; Slaughtneil; Crossmaglen, until recently; Dr Crokes; Portlaoise; Rhode; St Vincent’s. Am I forgetting anyone?

And what unites all these clubs is that they’re all serial winners. Their county championship only has reduced meaning for them because they keep winning it. For everyone else the county final is the date in the diary that has real meaning.

The chance to prove yourself the best team in the province is a nice challenge, and if you were to go on a run and win a few games, well that would be great too. But defeat is never too bitter a pill to swallow, because let’s face it – from the minute you won your county final, you were in bonus territory.

County boards should never unduly hasten their county championships to facilitate those nine or ten clubs who care about what comes next – in fact, it’s madness to think that they ever would in the first place.

The only people put out by not starting the provincial club championships until all of the county finals are finished, are the winners of the other county championships – and those lads are happy enough.

Wait until you have all the teams are ready to play, and then play every game to a finish – as many periods of extra-time as required, or a free-taking competition – but no draws, and three or four weekends would see all the provincial competitions taken care of.

If that means some of the provincial championships have to be finished in January, then so be it – I would have far less of a problem with that than with what is going on in Mayo at the moment. Those teams who would have to wait until after Christmas for defeat to come their way in the provincial championship would still have their county medals. All the losers will have from last night are regrets.

Playing county semi-finals on a Wednesday evening in late October, and then asking the winners to line out in a county final four days later, is unconscionable. It demeans the idea of the county championship for no good reason.