Andy McGeady: Time to look at rehab for brain injuries 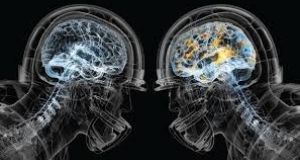 The Fifth Concussion Consensus Conference will be held in Berlin in October.

Between the Super Bowl and the Six Nations it would not be odd to see a concussion suffered this weekend. A scary thing, brain injury. The NFL released concussion figures for the 2012-2015 seasons last week. The 2015 total of 271 across practice and games, preseason and regular season, is the highest of those; a big jump after two consecutive years of decline.

Quintiles’ Real World Late Phase Research (RWLPR) business unit conducts the NFL’s injury surveillance and analytics. Speaking to The Irish Times, Dr Nancy Dreyer, Quintiles’ Global Chief of Scientific Affairs, said one could not say whether this reflected an increased rate of concussion or an increased rate of reporting. One possible factor? The increased rate at which players were being called out for evaluation by spotters: 2.8 per game compared to 1.4 per game in 2014.

That doesn’t mean those instances resulted in twice as many concussions, however. “All you know is that they were called out for evaluation”, said Dr Dreyer. She said that the NFL had placed no constraints on what Quintiles could look at with regard to the injury data and that they sat down periodically with the league, with team doctors and player representatives. She said she regarded this sharing as essential.

A two-season study of Premiership injuries by the University of Bath’s Department of Health, in association with Premiership Rugby and the RFU, has provided some interesting results with regard to concussion recovery at the professional level of rugby union. “Players who returned to play in the same season after a diagnosed concussion had a 60 per cent greater risk of time-loss injury than players without concussion”, the authors reported. This echoes research in professional soccer and US collegiate sports. Note: that’s a significant increase in any injury, not just concussion.

Protocols are good, assisting both the clinically trained and clinically ignorant in how they steer through concussion’s fog. But they are not magic, and they are not one size fits all. The Graduated Return to Play (GRTP) protocols, for example, differ in effective timescale between professional and amateur, old and young. At the elite level a player can be back playing competitive contact sport after six full days.

This column has previously noted the remarkable coincidence in timing between the introduction of that minimum six day return period and a jump in reported concussions in the professional game. It can be thought that a six day GRTP is “the norm”, but according to the study the average return to play after concussion over the 2012-13 and 2013-14 Premiership seasons was 11 days, similar to the NFL’s 10-12 days.

“The starting point here was that the evidence base that helped shape the original GRTP was very limited” said Dr Kemp. “The principle of the GRTP is a good one, but it’s really the detail of the content that we need to build on with each version.” An association between concussion and increased rate of injury afterwards leads Kemp to ask “is this a consequence of the injury or is this a consequence of the way in which we manage recovery?”

It’s not as simple as looking at the number of days, rather what is done with those days. Do we understand what systems were affected by the concussion? Is it balance, mood, sleep? With an ankle ligament injury a player would be given rehabilitation exercises both before and after their playing return. Should the brain be different, or the same? Dr Kemp said “the focus of the GRTP currently is very much on rest. And that feels odd to me when you compare it to the way that we actively manage the rehabilitation of all other injuries.”

The Fifth Concussion Consensus Conference will be held in Berlin in October. Yesterday World Rugby released a statement promoting the success of their Recognise and Remove campaign. If that rugby research is anything to go by, the next great emphasis will be on Recover.