In the second in the Let’s Talk About Fertility series, a new survey by Vhi Healthcare reveals just how much we think we know about this crucial subject 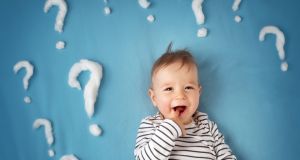 Knowledge about fertility is a top priority for people experiencing difficulties conceiving but, according to new research, we are only becoming informed when we know there's a problem. When you couple that with the fact that infertility remains a taboo subject in Irish society it isn’t surprising that the Vhi Healthcare Fertility Survey, which surveyed Irish people aged 25 to 50, found that six out of 10 respondents see infertility as a subject that is very hard to discuss.

Despite the fact that one in three respondents report that they know someone who has been or is going through infertility treatment, a large percentage of these aren’t comfortable talking about it – a quarter of women and twice as many men.

So given the stigma, it is no surprise that for respondents who have been through  infertility treatment themselves, their experience was often characterised as “stressful”, “expensive”, “embarrassing” and “isolating”.

What are people's expectations?

The research unearthed varying levels of knowledge on the matter.  The truth is that a healthy woman aged 25 typically has a 16 per cent chance of conceiving each month, however the majority of respondents incorrectly believed her chances would be as high at 55 per cent.

Just over one quarter of respondents (26 per cent) believe that taking birth control will reduce a woman’s future fertility, which is incorrect.

Almost the same amount (23 per cent), incorrectly believe that when it comes to fertility, your age doesn’t matter as long as you live a healthy life.

People’s understanding of the reproductive system varies too. For example, four out of five people reckon it takes 30 days for a man’s sperm to regenerate. In fact it is more than twice that, at 72 days. Fifty per cent of respondents don’t know the best days to conceive and a quarter of male respondents admitted to not knowing at all.

Such results are all the more interesting given that two out of every three people surveyed already have children. The average number of children per household is 2.2.

The Vhi Healthcare survey finds that 29 years of age is considered the right age at which to start thinking about having a family. Interestingly, this view doesn’t differ among different age groups.

The research also asked for opinions as to why there might be a stigma attached to infertility in Ireland. “There is the traditional assumption that life is not complete without children and therefore a person who cannot have any is not complete either,” says one respondent. “Because of the Irish preconceived notion of what life ‘should’ be like, versus the reality,” says another.

The survey also asks for written feedback about how it felt to go through infertility treatment. “(Like) it consumed my life, that I could think of nothing else and it was very pressured, not to mention the financial strain,” said one woman.

“The expense. The lack of support (or) empathy from medical professionals”, said another. “Totally unprepared for it, I got zero guidance whatsoever from everyone,” said one man.

For more on this series see irishtimes.com/fertility or see vhi.ie/fertility

Vhi Healthcare is partnering with The Irish Times to host an online Fertility Hub, with articles and podcasts about planning a family and what to do if you need help.