A no-surprise Budget: the well signposted road to a ‘Republic of Opportunity’

The Government wants to reward workers, says Keith Connaughton, PwC tax director, but the reality is that it only has €300m to spend 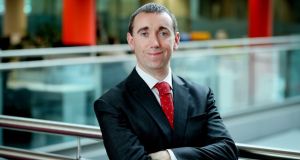 Fiscal constraints have narrowed the Government’s scope for action in the forthcoming Budget and we can expect few surprises as a result, according to Keith Connaughton, PwC tax director. “As a starting point, the Taoiseach and the Minister for Finance have given very clear signals about where they see the country going in future years,” he notes. “They want to make Ireland a ‘Republic of Opportunity’ with an emphasis on making work pay and helping the ‘squeezed middle’. That will be one of the main areas of focus for the Budget,” he says.

But options will be quite limited. “Having said all that, you can’t get away from the fact that there’s only €300 million to play with. There’s a clear intention to balance the books this year and the majority of spending is already agreed upon so it can’t be a giveaway Budget unless the Government finds money from increasing taxes or levies elsewhere.”

Instead of giveaways, he is expecting a programme of changes to be announced - a form of tax-cut IOU, if you will.

“There will probably be announcements now, followed by changes in 2019 and 2020, when the Government has more money to spend,” he says. “O’Donohoe and Varadkar have already flagged a number of areas that they specifically want to target so I am not expecting many surprises.”

Connaughton believes that the much discussed merger of the USC into the PRSI system is likely to corner the lion’s share of media space. “The USC is worth €3.7 billion a year to the exchequer so it was never realistically on the cards for the Minister to give away a major portion of this,” he points out.

“But merging them begs a lot of questions about how it would work in practice and the Government may need more time to figure this out,” Connaughton adds. “For example, people of 66 years of age and over pay USC but don’t pay PRSI. Also, the mechanisms of how the two systems operate are fundamentally different. PRSI applies weekly or monthly and depends on how much you are paid over those periods. USC is like income tax and annual thresholds apply. The bands also operate at different levels.”

Another issue is the differing purposes of the two charges. “One of the aims of the USC was to widen the tax base, but that was never the intention of PRSI. There are a number of questions that remain to be answered and we’re unlikely to see any change taking effect in 2018. The Taoiseach has already indicated that we can expect to see a consultation process announced this year, with implementation over the coming years. There are just too many potential unforeseen winners and losers as it stands.”

One area he does see movement on is Capital Acquisitions Tax (CAT) thresholds. “The threshold from parent to child is currently €310,000 and the target figure previously floated by Fine Gael is €500,000. I do expect to see some upward adjustment there.”

Given the fiscal constraints, we’re more likely to see the Government announce a roadmap Budget for the years ahead

The earned income credit is another area where we will probably see change. “This was introduced to bring the self-employed in line with employees,” Connaughton explains. “The credit is €950 at present but it is €1,650 for employees. We can expect these to be more closely aligned in the upcoming Budget. Perhaps the Minister may also look to remove the self-employed surcharge, which effectively imposes a 55 per cent rate on some self-employed people.”

There may also be changes to the employee tax credit and earned income credit for high earners. “There could be a tapering or elimination of the credits for people above certain income levels and the Minister may use that to free up funds to pay for popular cuts.”

So, what would be popular? “Well, a reduction in income tax rates would always be welcome but that’s unlikely to happen as the cost would be prohibitive. Instead, the Government may look to increase the 20 per cent tax band by €1,000 to €34,800. This would cost the State €200 million and would benefit a large number of tax payers by up to €200 a year.”

Mortgage interest tax relief is another area where he expects action. “At the moment, it still applies to people who purchased homes before December 31st, 2012, but the relief is due to end this year. Many of these people paid boom prices for their homes and they are facing a cliff edge in terms of the tax relief. It has been flagged in advance that the Government wants to do something about this. I expect it will.”

Looking at the small and medium-sized enterprises (SME) sector in particular, he would like to see a move on share-based remuneration. “It was announced in last year’s Budget that there would be a new incentive scheme introduced in this Budget for SMEs,” says Connaughton. “We await the details with interest.”

“It also would be great to see something done on the share options front and perhaps more broadly than for SMEs only. Share options are a valuable way to attract and retain key staff. The difficulty is that there’s an upfront income tax charge when the options are exercised but before they’re sold for cash. The result is that people either have to sell some of the shares at the time of exercise to pay the tax or else fund it from other sources, which diminishes the effectiveness of the options. To help manage cash flow difficulties, and to promote share ownership, perhaps something could be done around either reducing the charge on certain options or deferring the payment of tax until the shares are sold.”

Finally, also on the wish list is a tailoring of Entrepreneur Relief, which was introduced in last year’s Budget and reduces to 10 per cent the CGT rate on gains of up to €1 million from the sale of shares in a company. “In the UK, the amount is £10 million and there are fewer restrictions. I would like to see some enhancement of Ireland’s equivalent relief.”

Connaughton doesn’t see many other substantive changes for individuals outside these areas. “Given the fiscal constraints, we’re more likely to see the Government announce a roadmap Budget for the years ahead.”