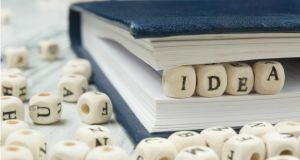 Ireland has long positioned itself – and had particular success in doing so – as a tax- efficient base in which to locate intellectual property (IP) such as trademarks, brand names, know-how and patents. But the landscape is set for a seismic change.

Not to be confused with the European Commission’s Common Consolidated Corporate Tax Base (CCCTB) initiative, which aims to harmonise tax rates across the union, the OECD’s base-erosion and profit- shifting (BEPS project is about matching profits with people.

This means Ireland’s 12.5 per cent headline corporation tax rate is not at risk. What is at play, however, is how intellectual property will be treated under the new regime and how Ireland can maintain its competitiveness as a location for foreign direct investment when larger countries, which employ more people, such as the UK and Germany, may be treated more beneficially under the new regime.

One of the driving forces behind the BEPS project is to close down loopholes which have allowed multinationals to pay, in low- tax jurisdictions, taxes on profits made in higher-tax jurisdictions. Amazon, Starbuck's and Google are all under scrutiny at present in the UK, for example, for avoiding paying tax on UK sales.

As Raffaele Russo, head of the BEPS project at the OECD, simply puts it: “Beps arises because under the existing rules it is possible to artificially separate taxable profits from economic activities and value creation.”

But BEPS will put a stop to this, as one of its key objectives is to align where profits are taxed with where real business substance occurs.

Work began on the new rules in 2012, and already the tax landscape has begun to change. Here in Ireland, for example, the so-called “double Irish” tax loophole was closed in 2014. It allowed multinationals to reduce their tax liabilities, and while there is a five-year grandfather period for existing companies that availed of the structure, this will finish at the end of 2020. So companies availing of this regime will have to move any relevant IP by this deadline.

But the BEPS project is still a work in progress. Kevin McLoughlin, head of tax at EY, says “There’s a lot happening at the moment, but it’s important to remember the OECD and the action plans that have come out aren’t legislation. It’s very much best practice across a wide range of topics, and there is still quite a piece to happen for that best practice to become law uniformly.”

A cornerstone of the BEPS project is that, as McLoughlin puts it, “it’s about trying to match profit with real activities”. “The focus is as much attention on the quality of people as much as the tax environment,” he says.

Under new transfer-pricing rules, companies will find it difficult to allocate too much value to assets, including intangibles such as intellectual property, in countries where they don’t have many employees.

Unsurprisingly then, given US multinationals’ predilection for complex tax structures in order to reduce the amount of tax they pay, they are likely to be “challenged” to maintain their current effective foreign tax rates post-BEPS implementation.

“Even if the US were to pass a version of innovation/IP box legislation giving a lower rate in the US, the ability to book large amounts of income in low-tax jurisdictions will be curtailed by the BEPS project recommendations on transfer pricing and other issues such as treaty access and controlled foreign corporation [CFC] rules,” says Washington based Nick Giordano, tax policy leader for EY in the US.

“Market countries in Europe and elsewhere may use the new PE standard to assess higher taxes on US multinational companies with marketing personnel in those countries, but sales being concluded by a low-tax affiliate that owns the relevant IP.”

With Ireland home to so many US multinationals, the new rules will also have a big impact here. Given that the State has always been a location driven by the need – in most cases – to have substance on the ground, the country is well placed for this new regime.

Joan O’Connor, tax partner with Deloitte, asserts the tech companies, which Ireland has enjoyed a proliferation of in recent years, will continue coming, for the 12.5 per cent headline corporation tax rate as well as the supply of qualified staff.

“They will continue to flourish in Dublin. I don’t see that stopping,” she says.

But to capitalise on IP and leverage on Ireland’s efficiencies in this area, such as the KDB, multinationals will have to put key people on the ground in Ireland to meet the profit and people principles. And this may be a challenge.

“I believe we need to focus on making cities as attractive as possible for senior management. This means schools, housing, international schools, healthcare, all those peripheries,” says O’Connor.

Of course, reducing onerous personal tax rates is another consideration in getting the right mix to attract senior R&D staff to Ireland. McLoughlin agrees there may be challenges on this front in years to come.

“The broader policy issue is whether we have sufficient numbers [of skilled professionals] and the ability to attract into Ireland in the technical sciences in those areas to support real R&D activity,” he says.

“I think the longer-term question is: can we strike the right balance between our ability to attract people in and developing sufficient scale of people going to college here, graduates, postgrads with real expertise?”

From a US perspective however, Giordano is confident Ireland will meet the challenge. “Ireland appears to be well placed for investment in tangible business assets and local hiring of staff by US multinationals as a result of the BEPS project,” he says.

Indeed, as McLoughlin points out, foreign direct investment into Ireland has held up very strongly over the past year.

“The greatest risk for companies is the uncertainty out there, and how it will play out for the next couple of years,” he adds.

But does Ireland’s compliant first-mover approach with the OECD contrast with other jurisdictions such as the US? Across the Atlantic the authorities appear to have taken a view that they will selectively decide what to implement.

As a result we may see an “absolute fragmentation of regimes,” says O’Connor, noting that in the US they will continue with the profits-follow-costs approach.

This fragmentation was intensified two weeks ago when the EU imposed additional tax-avoidance measures on top of BEPS.

“It has become even more draconian,” says O’Connor.

From his vantage point on the east coast of the US, Giordano agrees there may be a degree of divergence when it comes to IP. “It is probable that in practice there will be differing interpretations of the new transfer-pricing guidelines with respect to risk allocation, and allocation of profits attributable to IP. As a result, there are likely to continue to be disputes leading to the need for competent authority proceedings,” he says.

And this uncertainty is likely to continue for some time, until after the US elections and the new government has bedded down.

“What the US is going to do isn’t clear at the moment,” says McLoughlin. “The challenge for companies is to try and anticipate what the future legislative landscape might look like. All of this creates a lot of uncertainty.”

And as is oft cited, the one thing companies don’t like when it comes to tax planning is uncertainty.