Compared with a decade ago, the size and strength of Chinese companies in Ireland is notable 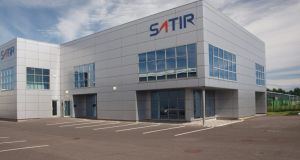 Satir is one of the earliest Chinese companies to come to Ireland. 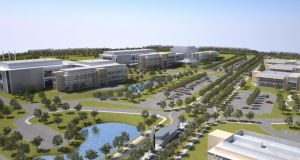 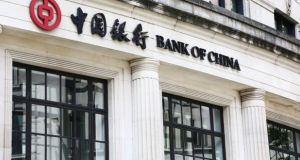 In June last year, Bank of China opened a branch in Dublin, the first Chinese bank to open a branch in Ireland.

Satir Europe (Ireland) Company Limited is one of the earliest Chinese companies to come to Ireland. Its production facility officially opened in Louth in May 2008, when Ireland was hit hard by the global financial crisis.

Satir came to Ireland to produce its thermal imaging cameras, a high-tech product for detecting temperature levels by using infrared technology, because it wanted to market its products in Europe.

As well as the country’s 12.5 per cent corporation tax, it was drawn to its highly educated English-speaking workforce, says Roy Mitchell, general manager of Satir.

A native of Co Meath, Mitchell, now 43, was promoted in 2015 to his present post by Satir’s parent company in Guangzhou, China due to his deep understanding of both local and international business practices. He had served at different posts at IBM Ireland for about 10 years before joining Satir a month ahead of its official start of production.

The arrival of Satir was welcomed by local authorities during the financial crisis. The company currently has 15 employees.

There are more than 20 Chinese companies in Ireland providing over 2,000 quality jobs for locals, according to Xue He, economic and commercial counsellor at the Chinese embassy in Ireland.

Compared with a decade ago, the size and strength of the Chinese companies coming to Ireland is notable.

In June last year, Bank of China, one of the top four banking groups in China and the third-largest of its kind in the world, opened a branch in Dublin, the first Chinese bank to ever set up a branch in the country, offering financial services for corporate and institutional clients.

Earlier this year, China-based WuXi Biologics announced an investment plan of €325 million ($374 million) to build a manufacturing facility in Dundalk, Co Louth, opening up the prospects of 400 new jobs in five years.

The Chinese companies here are mainly engaged in aircraft leasing, financial services, information and communications technology (ICT), agri-food and high-quality manufacturing which Ireland has an obvious advantage over others.

The Dublin-based aircraft leasing company that Xu serves is a subsidiary of ICBC, the largest banking group in both China and the world. The company officially started its leasing business in Ireland in 2010. By the end of September, its aircraft assets alone reached 68.1 billion RMB yuan (nearly US$10 billion) and the number of leased aircraft under its management reached 182.

“By coming to Ireland, we have not only developed and strengthened the leasing business of ICBC, but also have brought investments, jobs and taxes. More importantly, we have contributed to the consolidation of Ireland’s position as a global leading aviation leasing hub,” he says.

Latest figures from Industrial Development Authority of Ireland show that 63 per cent of all the commercially leased aircraft in the world are now under the management of leasing companies registered in Ireland.

The strategic partnership between Beingmate (Ireland) and Kerry Group is another example of how Irish and Chinese companies can benefit each other.

Established in Co Cork at the end of 2013, Beingmate (Ireland) is an overseas arm of Beingmate Group, a leading infant food producer in China. It came to Ireland mainly to source the Irish milk, infant milk formula and production technology to sharpen the competitive edge of its products on the Chinese market.

Under a 15-year co-operation agreement, Kerry Group, a leading Irish provider of infant milk formula ingredients and infant milk formula technology , is responsible for making infant milk products under the brand of Beingmate while Beingmate (Ireland) is tasked with having these products shipped back to China and sold through Beingmate’s established sales network in the country.

In doing so, Beingmate’s image as a quality infant food producer among Chinese consumers has been greatly enhanced while Kerry has also found its way into the huge Chinese market. By the end of this year, the accumulated amount of infant milk powder formula products sold to China will reach 10,000 tonnes, according to Weng Jianglai, general manager of Beingmate (Ireland).

While more Chinese companies have set up in Ireland in recent years, the number of Irish companies has also increased in China. Statistics show that there are an estimated 400 Irish companies now operating in the populous Asian country.

The growing economic links between China and Ireland will create a demand for financial services among companies on both sides, says Wang Zeyu, general manager of Bank of China (UK) Limited Dublin Branch.

Bilateral trade soared by nearly 37 per cent year-on-year to hit a record high of $11 billion in 2017, according to the Chinese official statistics.

“As China’s most internationalised bank, we have a well-developed global financial services network across over 50 countries and regions, which can be leveraged by us to provide competitive products and services to leading Irish companies, MNCs [multinational companies] from China and the rest of the world, especially clients who are involved in the Chinese and Irish markets on cross-border trading or investment,” says Wang.

Bank of China, as the exclusive banking partner of the upcoming China International Import Expo (CIIE) to be held in Shanghai in November 2018, will host a B2B event for more than 1,600 foreign companies and 7,000 Chinese companies during the CIIE, Wang says.

Irish companies have also been invited for the CIIE and B2B event, he says, adding that they are mainly from sectors of high-end equipment, consumer electronics, food and agricultural products, medical equipment and pharmaceutical products, as well as aviation and other forms of transportation.

Empowered by BOC’s global network and professional local employees, its Dublin branch is working on providing finances to key Irish firms and projects, such as credit facilities provided to one of the leading global aircraft leasing companies with its headquarters in Ireland; providing loans to Irish companies that won the Entrepreneur Award; and lending to Fortune 500 clients in Ireland, he says.

The bank is working on financing significant commercial and residential property developments in central Dublin, building relationships with local banks; negotiating for access to large Government infrastructure projects to support the local economy; and providing international trade finance facilities and services for one of Ireland’s leading agri-food companies.

The story of Chinese companies in Ireland can be told and interpreted in many ways, but one thing is undeniable that companies from countries like China and Ireland, which are over 5,000 miles apart, won't come together if there are no mutual benefits.

“That may explain how important it is for us to have a free trade in a global village that is getting smaller and closer due to high-speed jets and internet,” says Xue He, the counsellor.