Jim Barry, Most Trusted Leader 2015, reflects on the year in business 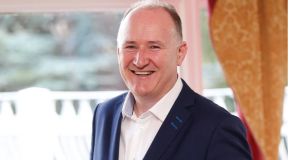 Jim Barry: “If you stay in a comfort zone and think this is okay, that is probably the biggest threat”

Jim Barry knows creating a positive team environment is difficult to achieve, but gaining recognition for achieving that at the Mallow-based Barry Group has helped boost the company’s standing in what remains a challenging business sector.

Barry, MD of the Cork firm and winner of last year’s Most Trusted Leader, was “very, very proud to win the award, for both myself and the team. It’s given us a boost in confidence, which is important as business is very difficult in the current environement.”

The group, which employs 250 people and hopes to add another 20 or 30 over the next nine months, supplies 265 franchises under the Costcutter, Carry Out off-licence and Quik Pick symbols, as well as independent Irish-based retailers and wholesalers.

The company is looking at its options for expansion. “We are proud of coming through six or eight difficult years in our sector, and while it remains difficult and very competitive, we see a lot of opportunities and we are gearing up for acquisitions and growing our current business.”

Barry had been implementing changes over the past few years, such as having the company’s eight departments work more as a single team, sending staff at all levels for training, and improving communications internally with an intranet, a half-yearly written bulletin and staff briefings.

Every year the firm conducts a root-and- branch review of all its operations, to identify areas for improvement. “The fact is, things change, systems change, processes change, customers change, suppliers change. If you stay in a comfort zone and think this is okay, that is probably the biggest threat to your business.”

He says building trust has allowed the company to consolidate its position in a sector where two of the Barry Group’s three largest rivals have changed ownership over the past 18 months. “I think a lot of that comes back to never being happy at where you are. That’s not to say you can’t be happy where you are, but you have to realise the bar is rising all the time.” 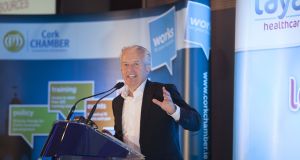 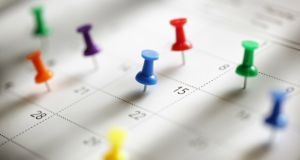