Healthcare, food and agri, financial services and the industrial sectors led the way for Irish M&A in 2017 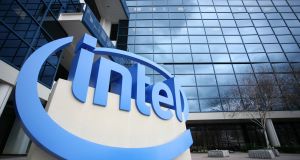 In what was another very strong year for Irish mergers and acquisition activity, there was little change in the sectoral profile, with healthcare, food, and the industrial sectors continuing to dominate. “Activity was pretty strong across the board,” says KPMG head of transactions services Mark Collins. “It was very buoyant, with activity pretty even throughout the year. There were no more shocks like 2016.”

Looking to the sectors, he says health and pharma continued to perform well despite the absence of the major US tax inversion deals to distort the picture. “Irish players like UDG and Icon did some very large deals with the prospect of more in 2018,” he says.

In July, UDG announced the acquisition of Cambridge BioMarketing for a total consideration of up to $35 million and US healthcare group Vynamic for $32 million while in September it bought MicroMass Communications for $75 million.

For its part, Icon acquired the Mapi Group, a leading health outcomes research and commercialisation company, for an undisclosed sum.

Davy corporate finance director Nicholas O’Gorman points to the sale of Finesse Medical to Avery Dennison as another important deal. “Five multinational firms were involved in that and a very strong price was achieved,” he notes. “Finesse specialises in wound care and skin treatments. There is a strong appetite internationally for solid Irish companies.”

Food and agri remains strong, according to Collins. “This is one of the few sectors where Ireland truly plays on the global stage,” he adds. “Kerry and Glanbia and some of the larger co-ops have the firepower when it comes to balance-sheet strength and debt capacity to take on major deals.”

BDO corporate finance partner Katharine Byrne points to the sale of Lily O’Brien’s for €40 million by Cardinal Carlyle as potentially significant. “A number of the local PE funds completed some high-profile exits which helps dissipate the suspicion previously held by Irish management of equity funds and provides a mature environment for equity funding within Ireland,” she notes.

Byrne’s colleague Richard Duffy says that activity in the meat-processing sector was particularly strong in 2017. “ABP was engaged in acquisitions in Poland and the UK,” he says. “Its most notable deal locally was a joint acquisition of Linden foods in partnership with Fane Valley. Other deals included Kepak’s acquisition of John Kelly Meats and a joint venture with Oliver Carty to acquire Green Farm foods.”

Another major player in the Irish meat space, Dawn Meats acquired Dunbia’s beef- and lamb-processing division in Ireland and entered into a strategic partnership to service the UK market. Capvest purchased a leading player in the pork sector, Karo Group, which has operations in Northern Ireland and the UK.

“The Irish drinks industry continues to thrive,” Duffy adds. “There has been growing demand for premium Irish whiskey on the back of the ongoing emergence of new distilleries, craft beer and other liquor products internationally. Renegade Waterford Distillery raised €20 million through a mix of debt and equity. Teelings Whiskey received a €5 million investment from Bacardi, on the back of a deal agreed to distribute Teelings Whiskey in the US. Spanish drinks group Hijos de Rivera acquired a minority stake in well-known Irish craft beer brand O’Hara. We expect M&A activity to be buoyant in the agri-food sector again in 2018, as ambitious Irish companies seek international expansion and Ireland continues to be an attractive investment option for both corporates and international private equity firms.”

The industrial sector has also had its eye-catching deals this year, according to Mark Collins. “This is another sector where Irish firms play on the global stage and we saw significant deals by CRH, Kingspan and DCC during the year.”

CRH acquired US cement manufacturer Ash Grove for $3.5 billion in the largest of the deals. Meanwhile, Kingspan committed investment of more than €620 million on 10 acquisitions of companies around the world with combined annualised revenues of €750 million.

The largest of these was the acquisition of 100 per cent of the Synthesia group, which gives Kingspan a leading position in both insulated panels and insulation boards on the Iberian Peninsula and strengthens its emerging insulated panels presence in Central and South America.

The largest MBO transaction of the year was undoubtedly the €100 million Mercury Engineering deal. Indeed, this was probably the largest such deal of the last decade.

DCC made its first foray into the United States in 2017, agreeing to buy the Retail West, a liquefied petroleum gas company, for $200 million. Earlier in the year, DCC agreed to buy Shell’s LPG distribution business in Hong Kong and Macau, its first Asian acquisition.

Katharine Byrne says the technology, media and telecommunications sector also remains very active, specifically within the computer software area, as buyers look to snap up new technologies to support their growth plans and help protect themselves from disruption.

“Ireland continues to attract a lot of international buyers for specific technologies, with notable transactions including the acquisition of Version1 by Volpi capital,”she says.

“The merger means that the combined entity, StarBlue, will become a top five global provider in the growing unified communications market,” Byrne adds. “Industrial products and services has grown from six deals in 2015 to 15 deals in 2017, which is driven both by industry consolidation and improving valuations supported by economic growth.”

Also in the TMT area, the acquisition of a majority stake in Eir by a business consortium, led by French billionaire Xavier Niel, was very significant as it valued the company at €3.5 billion, including debt. “Eir is a very interesting transaction as it validates the Irish story,” says Nicholas O’Gorman. “Private equity and other international investors see stability in the Irish economy.”

Finally, Mark Collins says the property sector can’t be ignored. “There are two aspects to it,” he says. “The commercial market is very active and we are seeing the refinancing and securitising of properties bought during the period from 2011 to 2014. Residential is perhaps now even more interesting, with some very large listed entities like Glenveagh and Cairn Homes amassing very large land banks and building large numbers of homes on them. They could offer a solution to some of Ireland’s problems.”

“For an acquisition or merger, the first 100 days are critical in terms of getting people on board, aligning them with what you’re trying to do, and showing them what your vision is for the business on an integrated basis,” advises BDO corporate finance director Richard Duffy. “We would advise our clients that the detailed planning for the successful integration of an acquired business needs to commence before the closing of any deal. The success or failure of any takeover depends on a number of factors and a well-thought-out and proactively managed integration can reduce some of these risks.”

KPMG head of transaction services Mark Collins agrees. “The ones that tend to do it well tend to plan it well in advance,” he says. “The financials are only one aspect. The key things tend to be governance, management and people and how the deal might impact relationships both internally and externally. Doing it on a spreadsheet is not enough. The softer aspects are more difficult to understand and have to be taken into account as well. If you are bringing together two businesses you can’t have two CEOs and two CFOs and two chairs. Sometimes the person who finds the deal becomes the synergy.”

“To give yourself the best chance for a smooth onboarding of an acquired business, make sure you are well prepared at the outset and you have your best people leading and championing the integration of the acquisition or merger,” Duffy adds.

According to the Institute of Mergers, Acquisitions and Alliances, the total global value of M&A deals exceeded $4 trillion during 2017. Here are the top five.

In a strategic move into the self-driving car space, Intel bought Israeli autonomous vehicle technology firm Mobileye in a deal worth $15.3 billion.

The Amazon Whole Foods acquisition may not have been the largest of the year but it may well go down as the most significant of all. Valued at $13.7 billion, the deal represents the internet giant’s first real foray into the bricks and mortar world.

Without a doubt, Gilead’s acquisition of Kite Pharma will go down as one of 2017’s most important biotech deals. Biotech giant Gilead paid nearly $12 billion for research firm Kite Pharma, which specialises in immune-oncology therapies.

Outlook positive for 2019 despite uncertainties

Most sectors had year of strong M&A activity

Diversification: is it a worthwhile risk for companies to take?

Global upheaval has had little impact on mergers and acquisitions activity

TUPE protects employees during M&As – but what do the rules say?

The pros and cons of management buy-outs