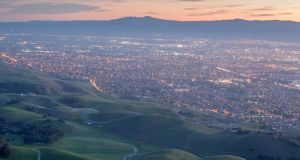 If Facebook hadn’t acquired WhatsApp or Instagram, or if Google hadn’t bought YouTube or DoubleClick, would there be stronger competition for the two Silicon Valley firms? Photograph: iStock

When the world’s competition police reflect on big tech’s dealmaking over the past 15 years, you could forgive them for wondering what might have been. If Facebook hadn’t acquired WhatsApp or Instagram, or if Google hadn’t bought YouTube or DoubleClick, would there be stronger competition for the two Silicon Valley firms?

It certainly seems that regulators, particularly in the UK, are eager to avoid repeat scenarios where companies grab outsize control of an emerging market before it’s clear exactly how important or big that market may be.

That’s why a £6.1 billion (€7.2 billion) food delivery takeover may have broader implications for tech giants’ dealmaking-to-come. Britain’s Competition and Markets Authority (CMA) is reviewing the Dutch firm Takeaway. com’s planned acquisition of Just Eat, the UK’s online marketplace for restaurant delivery. It’s a remarkable step, given that Takeaway.com no longer has a British business, and so the two firms don’t currently compete, at least not in the UK.

The CMA is instead pondering hypotheticals. It’s deliberating whether, without a deal, Takeaway.com might still otherwise enter the market and add a healthy dose of competition. The move underscores a recent approach that could make it more difficult for tech giants to make acquisitions, even small ones. (Together, they’ve bought more than 250 companies in the last six years.)

Companies might not obviously compete with the firm acquiring them, but the UK watchdog is increasingly taking into account the possibility they could become a competitor at some later stage. It seems to have listened to the findings of the government-commissioned review into digital competition last year by Jason Furman, previously economic adviser to former US President Barack Obama, which recommended that the CMA should take “more frequent and firmer action to challenge mergers that could be detrimental to consumer welfare through reducing future levels of innovation and competition”.

Across the Atlantic, DNA-sequencing firm Illumina’s scuppered $1.2 billion acquisition of smaller peer Pacific Biosciences of California also illustrates the challenge. Both firms are active in slightly different parts of the market, so do not directly compete: Illumina currently focuses on so-called short-read sequencing platforms, while PacBio’s expertise is in long-reads. Yet antitrust authorities in both the UK and US pushed back against the deal because of concerns Illumina would decide against developing its own long-read offering further down the line, according to Bloomberg Intelligence analyst Aitor Ortiz. The firms called the deal off in January. It’s healthy that technology deals are likely to attract more scrutiny.

Acquisitions sometimes look like a catch-and-kill strategy: buying a start-up that could become a rival before it’s able to do so without necessarily using it to augment the business directly. For example, back in 2017, Facebook bought the fast-growing teen app tbh, before shutting it down just eight months later, citing low usage. But doing so presents a potential challenge for the CMA: ensuring the UK remains an attractive place to found technology firms. Venture capitalists and big companies themselves often argue that a lot of start-ups are founded with the intention of ultimately selling themselves to a larger rival. If that exit strategy disappears, runs the argument, then they might decide to set up shop elsewhere. So far, it’s too early to determine whether that argument has any merit. And analysts still expect the Takeaway.com-Just Eat deal to complete, albeit with a slight delay. But because the CMA has the authority to impose remedies without a court case, unlike the US’s Federal Trade Commission, technology firms have good reason to be wary. – Bloomberg