Adding batteries to your car is clearly part of the motoring future, but how many is the right number, right now? 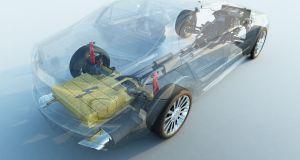 So, you’ve decided to move away from plain, old, common-or-garden combustion engines and embrace the electric future.

The question is, though, just how many batteries is the right amount? And is going all-battery the right solution for today? For everyone?

It’s becoming a question made more pressing by the day. The Government says it wants to put almost a million electric cars on the road by 2030 and the publicity surrounding that plan, and around electric cars in general, is already encouraging many to go down the fully-electric car route.

Electric cars are getting better almost every time we drive a new one. Right now, there are around 10 electric cars on the market with a genuine one-charge range of about 450km, priced between €35,000-ish to north of €100,000.

That’s great, and these cars – among them the Kia e-Soul, the Hyundai Kona Electric, the Audi e-Tron Quattro, a trio of Teslas, Mercedes’s EQC, and the Jaguar I-Pace – are genuinely great. However they’re expensive (in spite of grants of up to €10,000 off the list price). And the public charging network is still lagging behind.

It’s going to get better. If you can charge at home (you ideally need a driveway, and a 7.5kW wall-mounted charger) then any one of those cars will, more than likely, do you for your one and only form of transport. A full charge, at home, depending on what tariff you’re paying for your electricity will cost between €2 and €5. Five euro to go 450km? No diesel car, no matter how frugal, can match that . In the meantime, the ESB has promised a €20 million investment in the network, while other operators – such the IONITY consortium, in which the likes of Mercedes, VW, Ford, and BMW have invested – are fast coming into the market, installing newer, faster chargers.

The public charging network offers one major advantage to early adopters, though. It’s still free to use. Now, that’s going to change (and you’ll eventually be charged anything from €5 to €15 for a fast charge, depending on who’s supplying the juice) but right now, public hook-ups are free (assuming you can find a fast-charger that’s compatible with your car, not already occupied, and working).

Certainly there are those who still advocate the use of hybrid and plugin-hybrid cars, and there are advantages to these. Non-plugin hybrids (sometimes, not without controversy, referred to as “self charging hybrids”) are generally more affordable to buy than full electric cars, and recent studies by UCD show that they can run on just their (simpler) batteries for as much as 60-70 per cent of their journey times. Given their affordability, and the lower costs of their batteries (both in terms of monetary and environmental cost) they seem still to have a role to play.

That goes ditto for plugin-hybrids, which have limited electric-only range (usually about 50km) and a conventional engine for longer journeys. While there has been some controversy over their use (people accused of buying them to take advantage of their tax incentives but then driving them without ever plugging them in, which rather misses the whole point) the likes of BMW and Mitsubishi claim that plugins still have a great deal to offer, when used properly, in reducing our CO2 outputs.

Ultimately, electric cars are the future. Quite when that will be remains, as yet, unknown, but in the meantime there’s no shortage of choice when it comes to alternatives to petrol or diesel.