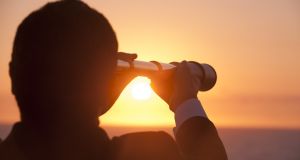 “It can be difficult for organisations to spot talent and future leaders.” Photograph: iStock

Organisations of all types are finding it difficult to keep up with the pace of change in the world around them. In a world where the world’s biggest transport firm doesn’t own a single vehicle and the world’s largest accommodation provider doesn’t own even one property, the rules of the game are changing fast and it is more important than ever for businesses to utilise and nurture their best employees.

But this can be easier said than done. “It can be difficult for organisations to spot talent and future leaders,” says Deloitte director Ian Curtin. “They need to look at the talent they have that could solve their future needs rather than go out into the market to look for it. Our latest Global Trends Report found that 70 per cent of respondents said it is easier for their people to find a new job in another organisation than in theirs. That’s a staggering finding.”

Indeed, that finding points to the need for organisations to adopt new structures which allow that internal mobility. “A big focus now is on understanding effectiveness of teams as a way to get things done,” he adds. “These teams are not static. They come together for specific projects or tasks and then move on. It’s a question of bringing together people with different skills and expertise to address issues and move on to other teams afterwards while still knowing where they sit in the organisation. This is a challenge but there are solutions out there for this.”

Irish Times Training managing director Imelda Rey says the workplace has changed a huge amount over the last 10 years or more. “Who we hire, and the skills needed have changed,” she says. “And structures have changed along with that, all in the context of the biggest disruption we’ve gone through since the industrial revolution. There has been a move away from standard forms of employment to a much more dispersed workforce made up of contingent freelances, contractors and many others.”

This presents a challenge in terms of managing and leading teams. “There is a lot of talk about developing leaders and the types of skills they need,” she says. “We are seeing emotional intelligence and the softer skills of listening and empathy becoming as important as technical skills. We have been seeing organisational structures flatten a bit, but we are also seeing the middle tier coming back. Companies are growing so quickly that talented employees are moving into management roles very quickly. This has created huge demand for management skills and particularly those soft, transversal skills needed to manage dispersed structures and diverse teams.”

Law firm Matheson focuses on creating an environment that offers people what they want and need to develop at various life stages, according to learning and development director Nicola White. “We focus on people with leadership potential,” she says. “We believe everyone has that potential and we help them develop it. It’s not just about being technically excellent, it’s about a much wider skillset. People may not be suited to become leaders in every aspect of the business, but everyone has their strengths. It’s about bringing the best out in people.”

Diversity and inclusion form another top priority for the firm. “Diversity of thought is important as well,” says White. “We want people to respectfully challenge existing thought in the firm. We encourage younger lawyers to come up with ideas and new ways of doing things and say if they think things can be done better.”

Skillnet Ireland chief executive Paul Healy looks at the issue through two lenses. “Skillnet Ireland is working at the coalface with 16,000 businesses every year,” he says. “If you look at how the issue is framed, the term ‘war for talent’ was first coined 20 years ago. That’s a very long time and since then the science of employee engagement has improved greatly and has become much more refined.”

He refers to the concept of an employee value proposition in this context. This is the set of benefits which an employee receives in return for the skills, capabilities and experience they bring to their employer. “These benefits are part of the concept of total reward in terms of purpose, identity, values, freedom, and opportunities to get better, learn new skills, and be promoted,” says Healy. “The science has become quite advanced and the value of engaging staff at a much deeper level has become really well understood.”

He refers to a report on the gig economy produced by the International Labour Organisation. “They did some analysis two years ago and predicted that in 20 years’ time only one in four jobs will be the standard model of employment. I think Ireland will be anomalous to this due to our strong employment protections and traditional resistance to things like zero hours contracts, but it is the way things are trending globally.”

But it would be a mistake to see this as a uniform trend. “The people working in the gig economy are not a homogeneous group,” Healy points out. “They make up a very varied and polarised group. At one end you have highly skilled professionals reaching the end of their working lives engaging in consultancy and contract work while at the other you have delivery drivers, cleaners and taxi drivers working under app-based arrangements where there is no employer at all.”

This presents challenges to the structure of organisations and in how to engage and nurture talent when it may be at one remove from the organisation itself. “The benefits for employers in engaging in training and development extend far beyond the skills gained by the organisation,” Healy concludes. “The gains include improved engagement, ideation, loyalty and innovation and out of that comes greater productivity and this in turn feeds into the bottom line.”

Also in Future of Work

Tapping into the new world of work

Why robots are a worker’s friend

What’s ahead for AI in the workplace?

Learning curve: the importance of upskilling

Talent spotting: the battle to attract the right people

Gyms, cinemas and robots: welcome to the workplace of the future

Older and wiser: the new generation of workers

How millennials are redesigning the future of work

Working in a constantly changing world