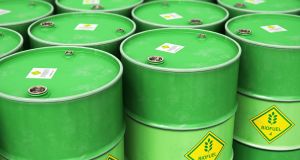 It may sound like a toxic chemical but green biogas is simply what is produced when organic biological material, such as food waste, goes through the process of anaerobic digestion.

Anaerobic digestion allows waste from the agricultural and food industry, other food waste, and suitable and sustainable energy crops grown specifically for energy production, such as grass silage, be used to produce both biogas and organic fertiliser.

These gases could potentially replace the fossil-based methane gas currently used in Ireland’s gas network, and experts say biogas has the potential to transform business and transport as we move towards a decarbonised society.

And that transformation is already under way; earlier this summer biomethane was injected into the Irish gas grid for the first time.

According to a 2016 report published by the European Commission, Ireland has the highest potential for renewable gas production per capita in Europe, due in part to our large agricultural sector.

“It diverts waste from landfill, reducing methane emissions which are a powerful greenhouse gas and generating a low-carbon renewable energy source,” says the SEAI.

Another type of green biogas that we will see more of in the future is hydrogen made by reforming fossil methane or generated using Ireland’s abundant offshore wind energy to power an electrolysis process. 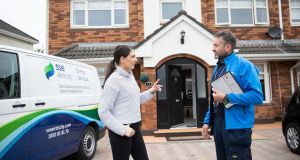