Are there enough charging points for EVs? 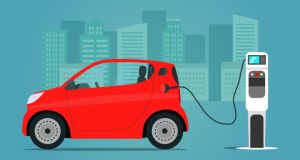 At the moment, ESB public charging points are available to use for free, however this is set to change this year. Photograph: iStock

The steady rise of EV sales in Ireland shows that a growing number of people are switching to electric and hybrid technologies. As the number of electric cars on the streets rises, changes in the public charging infrastructure are necessary to support the growing trend.

The ESB currently maintains almost 1,100 public charging points across the island of Ireland, including more than 300 in Northern Ireland. These charging points are located on street, in public transport car parks. While the vast majority of these provide a standard charge, which means the vehicle may need several hours to recharge, there are approximately 70 “fast charge” points in the Republic, which can provide a significant charge in less than 30 minutes.

“For a long time, there was an embarrassment of riches when it came to the number of charging points in Ireland,” says Paddy Comyn, head of communications with Volkswagen Group Ireland. “If anything, ESB perhaps started a little early, and the recession years didn’t help either when buyers who might have dipped their toes into EV technology suddenly got cold feet.”

“ESB ecars plans to expand the existing network of charge points, by rolling out new fast (50kW) and high power (150kW) electric vehicle charging stations at approximately 100 locations nationwide,” says Niall Hogan, head of eMobility at ESB. “It is expected that the combination of the expanded public charging network and availability of home charging will cater for growth of hundreds of thousands of new EVs.”

How important the public charging network is depends on how electric vehicles are actually being used. ‘We know that 80 per cent of charging of EVs in Ireland comes from a combination of home charging, 50 per cent, and work charging, 30 per cent. So the remainder which is made up of 15 per cent using public charging points and 5 per cent using motorway charging points is very much in the minority,” says Comyn. “For most buyers of EVs at this stage, I don’t think it plays a significant role in the decision, as anecdotal evidence suggests most buyers are charging at home in their own driveways.”

While electric vehicles offer a cost-effective solution for users driving shorter distances who can recharge at home, knowing that a longer journey across the country will require a stop to charge may still prove to be a psychological stumbling block for those who are considering switching to electric.

“Customers don’t make purchase decisions based on 95 per cent of their use,” says Jeremy Warnock, product manager at Renault Ireland. “The 5 per cent of journeys that are outside the norm are a bigger consideration for them. So it’s essential that a customer, whether in Co Dublin, Co Donegal or Co Tipperary, can look at a charging point map of Ireland and know that the whole country is accessible.”

The proliferation of charging points across the country, coupled with a newer generation of “long range” EV models such as the Renault Zoe, means that the prospect of using EVs to tackle more daunting distances is becoming more realistic.

For home charging, the Sustainable Energy Authority of Ireland (SEAI) provides a grant for €600 towards the installation of a charging point outside the house for new EV owners. “We see home charging as really essential to how this new technology reaches widespread adoption,” says Comyn. “Home charging will offer the cheapest electricity, it is by far the most convenient for homeowners and as the technology develops there is the potential to put some of the car’s unused energy back into the grid.”

“The grants for the installation of home chargers from the SEAI are very generous, so this must be applauded so that I would say now is a great time to be buying an electric vehicle as there probably will never be as many incentives to buy.”

However many EV owners, and potential owners, find themselves in situations where home charging may not be such an easy option as there is no way to install a wall box at their property. Installation of a home charger may be complicated or impossible for people renting due to lease restrictions, but home owners can also run into difficulties.

“It’s great that the SEAI provides a generous grant towards installation of home charging points,” says Warnock, “but support today really only benefits house owners with a drive or garage. Many charging systems already offer access control and billing support. We need planning and grant support to encourage or mandate landlords and management companies to install smart charging systems for tenants and apartment owners. The technology exists for apartment charging solutions and other countries have put them in place.”

Electric vehicle sales look to steadily rise with more EVs sold in the first three months of 2019 than the entirety of 2018, and addressing areas of concern around charging should see that growth ensured. “It will be part legislation, part culture change,”says Comyn,

“Irish drivers need to look at how they drive, and they will almost certainly realise that it isn’t as far as they think. When you can charge at home and work, and when inter-city routes are well serviced with fast chargers, I think we will see this technology become much more palatable.”

How clean are electric vehicles?

Are there enough charging points for EVs?

Top 10 electric cars on the market

Top 10 hybrid cars on the market

Driving Electric could save you up to €14,500 over three years

The 2030 electric car switchover. Will we be ready?