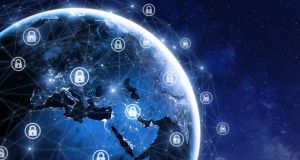 More enterprises than ever are beginning to explore blockchain in order to understand how it can be harnessed to benefit their own businesses.

Most people’s first introduction to blockchain was through cryptocurrency. With Bitcoin arriving to mainstream recognition, people were introduced to the concept of digital currency that can be transferred around the world outside the restraints of the conventional financial system. However, this is just one application of distributed ledger technology.

Blockchain technology can be used across multiple fields and sectors but it is only in demystifying the technology that organisations and users will begin to discover its true potential.

“The demystification of blockchain is arguably the most important step its defenders could focus on right now,” says Paul Ennis, UCD lecturer.

No longer arguing that blockchain will replace pre-existing technologies but that it will complement them is also a key to getting buy-in from individuals and organisations, he adds.

For any organisation that detects there’s room for improvement in one of these areas, turning to blockchain can be very useful

“If you look at the inherent functionalities of the blockchain technology, you becomes aware of how it can help improve or boost transparency, automatisation (using Smart Contracts), and traceability. So for any organisation that detects there’s room for improvement in one of these areas, turning to blockchain can be very useful,” says Cristina Carrascosa Cobos blockchain counsel at Pinsent Masons.

Giving the example of a case currently being worked on at the law firm , she says there are some companies that are now combining smart meters and blockchain to trace agricultural raw material from origin.

“Tractors with smart devices that can measure and weigh barley, and send the data directly to a ledger increases transparency between suppliers and the company, as well as automatising the actual process of product registration. If you then expand the scope, these sorts of processes enable organisations to have their audits set from the very beginning, as traceability starts with the actual stock production,” she says.

Such examples can apply to many different areas or sectors and translate to savings in both time and money.

While there is often much excitement around the technology that experts say will one day become a core foundation for much of the online world, it is not a “wonder tool”, says Kevin Curran, prof of cybersecurity at Ulster University.

“There are inherent stumbling blocks which have to be overcome to see it deployed on a large scale used for real-time transactions,” he says.

He explains the technology: “Most people understand on some level that the blockchain is simply a distributed database that maintains an ever-growing list of data records secured from tampering or revision. It is not centralised and that is important as there is no single point of failure and no-one organisation can claim ownership but rather the group work together to confirm legitimate new transactions. It is composed of data structure blocks where each block holds batches of individual transactions and the results of any blockchain executables. All of these blocks contain a timestamp and a link to a previous block. The blockchain ultimately serves as a public ledger of transactions which cannot be reversed or without great difficulty or near-system failure.”

More enterprises than ever are beginning to explore blockchain in order to understand how it can be harnessed to benefit their own businesses.

Private and consortium blockchains which can be designed for enterprises as custom built or “off the shelf” solutions have tremendous potential to improve efficiency and transparency in many business processes, and public blockchains which can also be facilitated on the Ethereum protocol, can transform entire industries through new business models, says Lory Kehoe, managing director of ConsenSys.

Bitcoins can be exchanged for other currencies, products, and services

“At present, enterprises are in the early days of exploring blockchain applications and are generally engaging fairly straightforward tokens on blockchains that represent things like tickets, property assets, consumer goods, local currencies and cars. In the near future, using Ethereum, we’ll deploy smart tokens that have business logic and regulation compliance built in.

“Smart contracts” which underpin this infrastructure are self-executing contracts that effect automatically once certain criteria is met, such as funds or legal document receipt, and allow for automation of processes by trading tokens, activating policies or remitting value as and when these stipulations built into them are met,” he says.

One example of the use for these smart contracts is in the insurance industry, where “real-time dynamic allocation is of benefit, for instance, by automating the payment of claims to entitled customers who are subject to flight delays. There is also obvious potential and scope for blockchain solutions in multiparty financial transactions, asset servicing, aircraft financing and organised supply chains,” he adds.

In terms of blockchain as a currency, the world is “ripe” for a new payment system such as cryptocurrencies due to their micro transactions, which can be a fraction of a penny and the blockchain is the perfect foundation for this future payment system, Curran says. Bitcoin is the largest of its kind in terms of total market value.

“Bitcoins are created as a reward for payment processing work in which users offer their computing power to verify and record payments into the public ledger. This activity is called mining and miners are rewarded with transaction fees and newly created bitcoins. Besides being obtained by mining, bitcoins can be exchanged for other currencies, products, and services. When sending bitcoins, users can pay an optional transaction fee to the miners,” he says.

Despite the fact that there was a fourfold increase in the number of merchants accepting bitcoin in 2014, the cryptocurrency did not have much momentum in retail transactions.