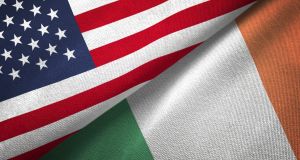 “There is as much enthusiasm for and interest in investment in Ireland from the US as there has ever been.” Photograph: iStock

The figures speak for themselves. Ireland makes up just 1 per cent of the European economy yet was responsible for 12.7 per cent of all US foreign direct investment (FDI) to Europe as recently as 2017. And in 2018, US investment accounted for 67 per cent of all FDI in Ireland. Today, more than 155,000 people are directly employed in more than 700 US firms in Ireland. These companies indirectly support a further 100,000 jobs in the Irish economy, in total accounting for 20 per cent of employment in Ireland.

There is no single factor responsible for Ireland’s success in this regard, according to partner at law firm Eversheds Sutherland Alan Connell. “Ireland’s offering is a powerful combination of benefits,” he says. “In addition to offering free movement of goods, people and services within the single market, Ireland as an onshore, low-tax EU jurisdiction, with a pro-business environment, talented workforce and the necessary physical, regulatory and commercial infrastructure of a highly developed OECD jurisdiction provides a very attractive platform for US multinationals to do business both in Europe and beyond.”

Certainty is key. “In addition to the complexities thrown up by Brexit, trade wars and resulting tariff issues, multinationals are also grappling with an ever-changing global tax environment, with major reform emanating from both Europe and the US,” Connell adds. “As a small, open island economy, we here in Ireland often feel the chill of such global political and economic uncertainty more than most. However, Ireland is very much embracing the challenge by offering certainty in an uncertain world.”

That certainty encompasses Ireland’s commitment to EU membership; access to the EU single market; access to global talent and skills; and the legal and tax treatment of businesses operating here.

Other factors are also at play. “Ireland remains one of the best places in the world to do business,” says Bryan Bourke, William Fry managing partner . “This is not just due to our transparent tax system, our 12.5 per cent corporate tax rate or our track record. Other factors such as the pro-business environment, the highly skilled and educated population, technology infrastructure and our geographical position as a gateway to Europe are key attractions for global corporations looking to expand into Europe.”

Another component of that offer which is increasing in importance is Ireland’s standing as location for R&D. “One of the key things we have is the excellent research base here in Ireland,” says Knowledge Transfer Ireland director Alison Campbell. “The substantial international awards won from the European Research Council and other organisations are testament to that quality.”

Ireland has become something of a magnet for world-leading researchers in a number of fields. “Leading researchers and scientists from around the world want to come to work in Ireland,” says Campbell. “What we’ve got in spades is a well-developed research system in the universities and institutes of technology. Different types of researchers can work with industry in different ways. It is a very flexible system. We see everything from long-term, multi-year in-depth collaborations to short-term projects solving specific problems for industry partners. It’s a very nice blended approach.”

This also plays into the quest for talent. “One of the things we often see is that the multinationals are really keen to collaborate with our third-level institutions as they are searching for and finding talent there,” Campbell notes.

Another facet is the commercial fruits of the research. “We are producing a large number of spin-out companies,” she explains. “These can be very attractive acquisition targets for multinationals and FDI companies. They are very good vehicles to produce early-stage technology and de-risk the process. And when the acquisitions happen, we see the companies continuing to carry out the research in Ireland. They don’t just suck it out and take it away. It remains anchored here.”

It is little wonder then that the most recent PwC Pulse survey of chief executives in Ireland found that 97 per cent of multinationals based here are satisfied with their investment in Ireland. “That number has gone up each year for the past few years,” says PwC tax partner Paul Barrie. “There are good solid reasons why these companies come to Ireland and that’s why they are satisfied.”

While those reasons are compelling, the country can’t afford to rest on its laurels. “It may not be a question of improvement, but we have to keep an eye on competitor countries,” Barrie adds. “The cost of doing business here can become an issue. We are now down to 5 per cent unemployment and that’s more or less the magic number for full employment. We have to watch our labour costs to make sure they don’t go out of kilter with competitors.

“High personal taxes can be an issue. When executives look at that it makes Ireland a less attractive place to live and work. Housing needs to be dealt with as well.”

Looking at some of the potential threats to our strong position in attracting US FDI, PwC tax partner FDI Liam Diamond does not believe Brexit to be a particular challenge. “We are not seeing huge concerns around the FDI community that is here already,” he says. “We see new companies looking at Ireland for all the reasons mentioned and some of them have moved Ireland up the list of potential locations as they have moved the UK down the list. We are seeing lots of new opportunities for financial services as a result of Brexit as well.”

“We are seeing more and more companies moving their UK operations to Ireland to escape potential Brexit fallout, such as Aon and Barclays, ” says Bryan Bourke. “Post-Brexit, Ireland will be the sole English-speaking country in Europe. As we have a similar economic structure to the UK as well as also operating under common law, Ireland will continue to be a world-class investment location for international companies and an excellent gateway location to Europe.”

International tax reform has been cited as a potential challenge, but Diamond is more sanguine. “As a country, we have navigated the last five or six years of reform pretty successfully. Credit to the Government and the Department of Finance for that. They have been modernising and making the tax code more transparent and stable in response to it. Future reform is not going to make us any less competitive, as our competitors will have to deal with the same set of rules.”

“The outlook for continued investment and FDI in Ireland is very positive,” says Paul Barrie. “Our track record will put us in a great place to navigate any bumps in the road that lie ahead. There is as much enthusiasm for and interest in investment in Ireland from the US as there has ever been.”