Irish firms are flying high in the US

Foreign direct investment is a two-way street, with 800 Irish companies operating in the US, estimated to be worth $85bn 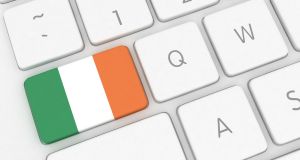 Ireland is now the ninth largest source of FDI to the US, with 800 companies employing more than 100,000 people. Photograph: iStock

When we think of our “special relationship” with the US, we often think of foreign direct investment flowing into Ireland, creating jobs and pumping money into the Irish economy. However, it is a two-way street and Ireland is now the ninth largest source of FDI to the US, with 800 companies employing more than 100,000 people, the value estimated at more than $85 billion.

In 2001, LotusWorks’ first employee went from Ireland to the US to provide technical support to a semi-conductor client the company had a strong relationship with in Ireland. It now has offices in Massachusetts and Washington state, employing 174 people.

“When we established the business in the US, we sought advice and received excellent support from Enterprise Ireland. Setting up the company in the US was administratively time-consuming but a lot can be achieved quickly. Our first step was to establish a US subsidiary, which is not complicated and can be done quickly. Finding and leasing the office space was no different than what is required in Ireland – there was paperwork but nothing more than we’d expected,” James Casey, operations director at LotusWorks says.

The US has a federal, state and local tax system and each state must be treated as its own entity, with separate procedures, regulations and tax levels.

“Initially, we registered the company for corporate tax in Massachusetts and as we expanded the business won work with new clients in other states, we registered LotusWorks in those states. Our Irish banking partners made recommendations and introductions for us to bank facilities in the US and helped us understand all the banking processes there.

“The US is a huge market – it’s English-speaking and we find it friendly and easy to do business there. Our business in the US has expanded rapidly, especially in the past three years and we see steady growth in the US continuing,” Casey says.

While opportunity is plentiful, there is also strong competition.

“We understand our niche service area and what we have the capacity to deliver, so we focus on specific opportunity across the US which is of a specific size and that will suit our business model and growth plans.

“We entered the US through an existing client relationship, so that significantly reduced our concern about expanding there and definitely reduced some of the barriers other companies have faced.”

Construction consultancy Linesight opened its first office in New York to support its growing US workforce and build on its existing client relationships and now employs 74 people. In 2016, it opened a second office in San Francisco, which currently has a team of 48.

Patrick Ryan, managing director of Linesight’s New York office says the Linesight story is a great example of how an Irish organisation can transform into a global enterprise, with the strategic support of Government agencies like Enterprise Ireland and the IDA.

“We’ve found the US to be a welcoming market for Irish business. There are a growing number of successful Irish-owned businesses thriving in the US and a strong networking community that is incredibly supportive.

“Our greatest challenge this year has been recruitment and we are seeing this on a global scale. We’ve established a number of educational and intern programmes in the US to develop the local skillset, which will support our growth long-term. We expect to grow our team by an additional 50 people next year, sourced by our dedicated recruitment team based in San Francisco – these will be a mix of local US citizens and Irish people looking to relocate,” Ryan says.

While a large proportion of Linesight’s employees are American, there is a strong Irish contingent in its US workforce.

“As there are currently no courses in the US training quantity surveyors, we are fortunate to have been validated by the US embassy in Dublin to allow us apply for E2 work visas for Irish citizens. Subject to an interview in the embassy, this allows us bring suitably qualified Irish citizens over to work in the US. We are also training US citizens who have qualified in other disciplines to become quantity surveyors under our graduate intern program,” Ryan says.

“The US is the second largest market for Irish investment, behind the UK,” says Alan Connell, partner and head of tax at Eversheds Sutherland. “Having regard to US tax reform and Brexit emphasising the need to identify new markets, it is of no surprise that more Irish companies are choosing, for future growth and sustainability, to do business with, and set up operations in, the US. We envisage that this trend will continue into 2019 and beyond.”

Reece Smyth, chargé d’affaires at the US embassy in Dublin, says this is an exciting time to do business in America.

“Our economy is outperforming expectations. We have adopted strong economic growth policies. A year ago, we introduced the Tax Cuts and Jobs Act, drastically reducing the corporate tax rate from 35 to 21 per cent. Irish companies can now hold onto more profits to pay workers and to reinvest back into operations. The United States also has removed 22 regulations for every one regulation it created in 2017. This means companies can focus less on red tape and more on innovation, which is good news for everyone.

“Irish businesses can find in America ready access to capital, inexpensive and plentiful energy, and vast natural resources. They also can benefit from a skilled, energised, and optimistic workforce and there are some 320 million potential consumers for products and services. Increased connectivity including new direct flights to Dallas and Minneapolis means that it’s easier than ever for Irish companies to invest and grow their businesses in the United States.”

To set up there, what are the fundamentals Irish companies should be aware of?

“Ireland also needs to move towards a more ready activation of its Brexit strategy,” he says, “Particularly those companies that might be overly reliant on the UK.”

Being mindful of a “perceived familiarity” with the US because of Ireland’s exposure to American culture is also something to be cognisant of.

“It is very different and much more aggressive. They expect you to be moving forward, and what we would regard as pestering, they would regard as normal. In relation to culture, it changes as you move from east to west and sectors change, so medical tech and financial tech is strong on the east coast, but that becomes more about gaming and digital on the west coast. Attitudes also change,” he says.

In terms of the country’s geographical scale, Davis says it’s “impossible to chase customers from coast to coast”, as this will “wear you out physically and financially”.

But, with the right mix of components, product and talent, America is there for the taking.

How the pandemic has changed regional outlook to greater balance

State’s growing reputation as a reliable and trustworthy partner

Learnings from the mass migration to remote working

US business leaders in Ireland give thanks to the workers