Why the Dáil should support my bill to cut insurance costs 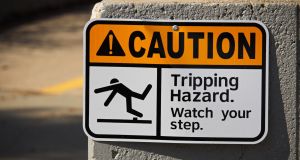 The narrative relentlessly pedalled by the industry has been one of a “compo culture”, with consumers footing the bill for out-of-control claims.

Insurance costs are squeezing incomes and crippling business. For many, insurance cover is not a choice but a legal necessity. Driving without it, for example, is illegal. That is why the insurance industry must be challenged and insurance costs reduced.

Business is shutting up shop and that is damaging communities and hitting jobs. A recent survey by Public Participation Networks found that 83 per cent of voluntary and community sector groups faced insurance hikes in the past three years, with a significant number seeing their premiums double and even treble. For drivers, things are no better.

The narrative relentlessly pedalled by the industry has been one of a 'compo culture', with consumers footing the bill for out-of-control claims

Since 2016 the Government has done nothing to reduce insurance costs and end the rip-off so many face. The Judicial Council Act – which would pave the way to new guidelines on the size of awards – gathers dust on the desk of the Justice Minister, while Fianna Fáil have failed to progress a single piece of legislation that would help insurance customers.

Thanks to a passive Government, insurance companies are recording large profits while consumers pay ever-rising premiums. The narrative relentlessly pedalled by the industry has been one of a “compo culture”, with consumers footing the bill for out-of-control claims.

This has led to a war of words between two vested interests, the insurance industry and legal profession. But the facts are more important than any spat between Insurance Ireland and the Law Society of Ireland.

The insurance industry repeatedly claims that 20 per cent of all claims are fraudulent. But under questioning in the Oireachtas Finance Committee this summer and last month, it emerged that only a small number of claims are reported by these companies to the gardaí as fraud. For example, AXA reported only 1 percent of claims to the gardaí as fraudulent in 2018, not 20 per cent. For Aviva, it was 4 per cent.

Section 19 of the Criminal Justice Act makes it an offence for a company not to report a crime like fraud. Put simply, the insurance industry is either misleading the public or breaking the law.

The industry also tells us that the cost of claims is pushing up premiums. The facts disagree. Across all courts and the Personal Injuries Assessment Board, the value of personal injury awards fell by 15 per cent from 2014 to 2018, €65 million less was paid out last year compared to five years ago. According to Insurance Ireland’s own figures, there were 55,000 fewer motor claims in 2017 than in 2014. Yet in the same period the average motor premium rose by 45 per cent.

Insurance companies are running complex algorithms using big data to target customers who are deemed less “price-sensitive”, or more likely to renew their policies. This means companies are penalising loyal customers with artificially high premiums, a practice that is known to harm vulnerable groups, the elderly and low-income households. Instead of giving customers the best deal, they are finding ways to abuse their trust and offer the worst price they can get away with. A practice termed “dual pricing” or “price optimisation”, I call it “price discrimination”.

In Britain, the Financial Conduct Authority found that 6 million policyholders were overcharged more than £1 billion by companies because of dual pricing in 2018 alone. They are now considering recommendations to stamp it out. It is a practice that is illegal in 17 US states; including California, Florida and Pennsylvania. Irish consumers deserve no less.

In September, I submitted a 130-page dossier to the Central Bank requesting an investigation into the practice; to find out how many people it affects, how it harms consumers and how we can stop it. Last week, I met the new Governor and was pleased that he agreed to my request.

New Central Bank regulations requiring insurance companies to provide the previous year’s motor premium to a renewing customer were received with much fanfare. In truth it was a long wait for very little.

The Consumer Insurance Contracts Bill currently before the Dáil will go further and move faster, requiring companies to provide customers with the past three years of premiums paid and claims made for all non-life insurance contracts, increasing transparency and strengthening the hands of consumers when they look for a better deal.

This legislation is a win for all of us who have or want insurance cover. It is an opportunity to reform insurance contracts

Any company that cancels a policy would have to pay the customer the outstanding balance of the premium paid, make it easier for the customer to withdraw from a contract and inform the customer of any claim made that affects their policy.

The legislation would make it more difficult for an insurer to refuse payment of a valid claim or change the cover of the policy without reason. This legislation is a win for all of us who have or want insurance cover. It is an opportunity to reform insurance contracts. It is essential that all parties who want to help consumers and businesses suffering from rising insurance costs support this Bill.

1 Crowds gathering in Dublin city centre ‘ugly image’ for the capital, say vintners
2 Irish family stuck in Cyprus: ‘We hope our flights home are cancelled’
3 Kanye West says he will run for US president in 2020
4 Fontaines DC: ‘We’ve no licence to speak for Ireland’
5 Vacation once again: A night at a campsite, a five-star hotel and a full-Irish B&B
Real news has value SUBSCRIBE