Why nobody blew the whistle over the CervicalCheck scandal 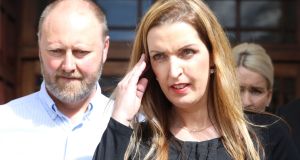 At the Public Accounts Committee (PAC) enquiry into the CervicalCheck scandal, Labour TD Alan Kelly said that “the public simply could not understand why nobody shouted stop”.

Indeed, the number of people in both the HSE and the Department of Health who knew what was being done – and not being done – must have been considerable. Some of those, who had not left their heads and hearts at the door of their place of work, were surely unhappy about the situation. Yet not one of them spoke up, and it took a woman under sentence of death from cancer to bring the issue into the open. Why?

The answer can only be that the few who may have considered going public about what they were observing were also aware of the potential cost of doing so for themselves personally. It is well known that those who challenge their organisations frequently find themselves with their careers in ruins and even with their lives wrecked.

Going public to try to stop harm is known as whistleblowing and its value goes far beyond what it may achieve in any individual case. In any organisation, fear of being found out can promote the growth of a culture of covering up. Every public organisation needs whistleblowing because its own interest can diverge from its specific task, as the CervicalCheck case plainly shows.

The reason for this is that constraints in the public service reduce the intrinsic satisfaction for its employees in dealing with its tasks. This correspondingly strengthens the attention they pay to where they stand in the organisation and gives special value to promotion within its hierarchy. Those who focus on their own career path rather than on the task of the organisation are the most likely to get promoted.

The functioning of the hierarchy and its survival then progressively become their main concern and the actual task of the organisation is relegated to a poor second place.

As time passes, selection of the most career-focused individuals tightens a bureaucratic organisation’s hierarchical structure. This in turn renders it progressively more self-regarding and less capable of delivering any outputs expected of it. The failures in these outputs which inevitably result make covering them up endemic. Regrettably, the HSE scandal illustrates the adage that noses that are kept clean for the sake of promotion soon lose the ability to smell decay.

The case for proper arrangements to deal with Irish cover-ups was first publicly argued in 2001, after the blood transfusion scandal – when we naively thought that this was as bad as it could get.

Despite the consistent advocacy of bodies such as Transparency International, the steps which have been taken to protect people with the courage to reveal irregularities in their workplace have been tentative, to say the least.

The CervicalCheck revelations show how woefully inadequate these steps are to overcome the self-interest of our bureaucracies.

Pat Rabbitte did propose legislation, but nothing came of it. Subsequently, various provisions for protected disclosure came into force, but these do not remotely match the need. For example, under the 2014 Act, the maximum compensation from loss resulting from such a disclosure is only five years’ salary. This is no incentive to anyone to behave in a way which could even make them unemployable – for who wants to take on a proven troublemaker?

In contrast, one of the suggestions proposed earlier was to extend a provision which already exists in Germany. In the two highest ranks of the civil service there, an official can be transferred by his minister without any reason being given. However, if the transfer is not acceptable, the official can retire on full pay.

A similar level of provision, applicable to all ranks in the public service if discrimination against an official results from his or her whistleblowing, would be a step in the right direction.

The pathetically low level of compensation on offer in Ireland reflects politicians’ lack of understanding of or empathy with the dilemma faced by people of integrity who become aware of poor behaviour in their workplace. This is why our arrangements for protecting them are so cheap and inadequate.

In the face of the human tragedies involved in the HSE case, it may seem crass to write of such provisions in cost-benefit terms, but these terms are what politicians can grasp.

No matter what the expense might have been for a system that enabled just one individual to take the risk of breaking silence, it would have been utterly trivial compared to what the State will now have to pay because of lack of it.

There have been many promises of accountability from politicians since the scandal broke. Empowering the people with most integrity in any organisation, and not more external scrutiny, is the way to get it.