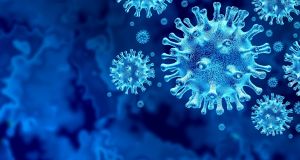 In an eerie dress rehearsal for the shape of the post-pathogen world, for decades we mistook the exchange of virtual cash for goods and services to be “globalisation” when in fact it was an elaborate form of social distancing. Photograph: iStock

Although we in the churches of the post-Christian West may have forgotten that humankind is a unity, the coronavirus did not. In an eerie dress rehearsal for the shape of the post-pathogen world, for decades we mistook the exchange of virtual cash for goods and services to be “globalisation” when in fact it was an elaborate form of social distancing.

We stood near to nobody but pretended that we were hyper-connected. We declared war on the natural world, forgetting we were part of it – until one of its tiniest constituents, a microbe, reminded us.

But if we had dug a down little further into the foundations of our society we would have discovered the strawberry runners of a much deeper connection which would assert itself sooner or later: our solidarity in the fundamental matter of being human.

These runners make their presence felt on the surface of our world most fruitfully in institutions of global cooperation, expertise and governance. For instance, this connectivity is evident in the World Health Organisation, whose clear advice is a global public good. This institution enables us to make informed judgments about how effectively governments around the world have fulfilled the vocation to protect their citizens.

“Institutional” is now used most often as a pejorative term. But healthy institutions, especially worldwide ones, are the means by which wisdom is passed across generations and nations.

And it was in the context of the growth of world empires and the power politics of the Middle East that the writing prophets began to conceive the rule of God internationally. His imageless worship defined the relationship between nations and directed them towards peace.

No single political entity could encompass this complexity. Not even Israel, whose prophetic witness was that the appropriate unifying element in international order is law rather than government, because it embodies an impartiality beyond the reach of any individual nation.

As we witness again the rebuilding of borders and the strengthening of the nation state, the world seems to be moving in a different direction.

No matter how fine or worthy it is, a healthy social order cannot be based on a single principle. Our social order, pre-pathogen, was based on the principle of material consumption. If there are no countervailing or balancing principles allowed, it becomes an ideology; in religious terms, an idol.

As the moral theologian Enda McDonagh pointed out in his book The Gracing of Society, political life needs to be organised around the principles of justice, freedom, peace and truth. Each one of these principles is an empty slogan unless allowed to give content to the other three, to provide a constantly revised balancing of interests which alone can provide lasting stability.

It may seem strange to some (perhaps to many) that on the day on which I take up office as the Church of Ireland Archbishop of Armagh and Primate of all Ireland, I have said these few words about politics and society rather than about what might be thought of as “religion”.

But to contribute to the common good through analysis and comment from a religious perspective is part of the Church’s prophetic vocation.

That is not the same as speaking in the back stairwells of the powerful. Or pouring poison or honey secretly into the ears of those who have influence. It is to speak openly and accountably, responsibly and civilly.

We need to be always revising our thoughts in light of the wisdom which God scatters so generously around his creation, including through scientific endeavour and in light of the love and sacrifice which has been given by those who we now realise were undervalued “essential” workers from health service workers to lorry drivers.

In the Ireland of today, our prophetic vocation is to strain every sinew in the name of “the God of peace, who brought again from the dead our Lord Jesus, that Great Shepherd of the sheep”, to prevent the perverse energy of a divided island and divided societies from pulling on a rope of suspicion until the knot is so tight that it cannot be untied.

The Church of Ireland, although part of an international communion, is not a great cosmopolitan body. Our parishes are usually small groups of people who gather around his Scriptures and his Table to watch Jesus. To learn from him and to follow him, through whom the whole world was made and in whom it is held together by his law of love.

That is the vocation of the Church: to watch and follow Christ, who alone remains the foundation of the eternal unity of human society.

1 Fontaines DC: ‘We’ve no licence to speak for Ireland’
2 If you are young and live outside Dublin you could be in trouble
3 Irish family stuck in Cyprus: ‘We hope our flights home are cancelled’
4 Vacation once again: A night at a campsite, a five-star hotel and a full-Irish B&B
5 Fintan O’Toole: Future of the American republic is in grave danger unless Trump is defeated
Real news has value SUBSCRIBE