Una Mullally: There is a good reason women are reluctant to speak about their abortions

‘In between the time you woke up this morning and go to bed tonight, a dozen Irish women will have left this country to have an abortion’ 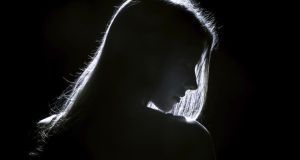 ‘We should not be afraid of our thoughts on abortion, nor our reservations.’ Photograph: Getty Images

Social change begins with visibility. It begins with people standing up saying: “I’m here, and this is my story.” You cannot deny people their lived experience. Women shouldn’t have to “come out” about their abortion stories. But an honest and open conversation on abortion needs to happen. Unfortunately, that requires the bravery of women such as actor and comedian Tara Flynn and journalist and author Róisín Ingle, and the many other Irish women who have sacrificed the privacy of their personal lives to talk about abortion. So let’s talk.

When the marriage referendum was passed, a lot of people looked to the “next” issue, particularly the international media. How could Ireland allow same-sex marriage yet deny women the right to choose? The short and depressing answer is that women always come last in Ireland. We can’t pretend it’s any other way, and we can’t pretend that something doesn’t need to be done. So let’s talk.

Someone speaking about their experience is not a debate. It is a conversation. While praising women such as Róisín Ingle and Tara Flynn for sharing their very personal stories of abortion, I am loath to suggest there is an onus on women in Ireland who have had abortions to join them. Yet the power of the lived experience is one that cannot be argued with abstractions or dogma.

Going back to the marriage referendum as a recent example of social change, it was not just about weddings, it was about Irish society accepting their LGBT brothers and sisters. It was the culmination of years of visibility. I trust myself and other LGBT people to make decisions about our relationships. The progress made in relation to the rights of transgender people in this country is about them owning their true identities. I trust trans people to make decisions about their own identities.

Unlike LGBT rights, we don’t have the same level of visibility in Ireland of women sharing their abortion stories. Other women’s abortions are none of my business, but I am so thankful for the bravery and selflessness of women who speak about them. Let’s keep talking.

There is a good reason why women here are reluctant to speak about their abortions openly. Conversations around abortion become immediately polarised and emotionally charged in Ireland, mostly due to the vitriolic rhetoric used by anti-choice campaigners. Pro-choice women who speak out on the issue are attacked online and off. They are called murderers and are sent deranged letters. They are threatened. We need to stop women being bullied just for wanting reproductive rights.

We should not be afraid of our thoughts on abortion, nor our reservations. Sure why wouldn’t we be reluctant to discuss them? A warped attitude towards this common medical procedure has been thumped into us by the church, in school, in the nasty public “debates” that colour the issue, by the squeamishness of politicians for whom ensuring a few hundred votes back home is more important than standing up for the human rights of half of our population. We need to open up a caring conversation, not more horrible arguments. We need to make the issue visible. We need to talk.

I was six months old when the eighth amendment to the Constitution was passed. But my body is not owned by a constitutional amendment or a piece of legislation. My body is not the property of the medical, legal, political and religious elite. It is my body; and my rights are mine. These are our bodies and our choices. We cannot fear this conversation. There’s an awful lot of talking to be done. There’s even more thinking to be done. But the most important first step is to listen.

3 Covid-19: 10 things we thought about the virus a year ago – that turned out to be wrong