Trump pardons his friends – he must show clemency to Lisa Montgomery

Trump administration appears determined to push ahead with executions 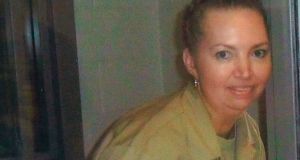 The Trump administration is determined to execute as many people as possible before Joe Biden is inaugurated as 46th president of the United States. Ten men have been put to death since July, and Lisa Montgomery is next in line. If her execution goes ahead as scheduled on 12 January, she will be the first woman to be killed by the federal government in almost 70 years.

She will be followed in quick succession by Cory Johnson and then, depending on the outcome of an appeal, by Dustin Higgs. This death toll is unprecedented in modern times.

New rules that became effective on Christmas Eve allow the death penalty to be carried out by firing squad or electrocution as well as by lethal injection. It is unlikely that these changes will affect the upcoming executions, but they send a strong message about the US government’s determination not to be thwarted from the pursuit of its vicious agenda.

There is no denying that the occupants of federal death row have committed dreadful crimes that warrant harsh punishment. Cory Johnson was convicted of seven murders and Dustin Higgs of three. Lisa Montgomery strangled heavily pregnant Bobbie Jo Stinnett, whom she had arranged to meet on the pretence of buying a dog. She cut the baby from her womb and took it home. The mother died and the child survived.

Like many who engage in grievous violence Montgomery’s background is horrific. She was abandoned by her father, sadistically abused by her mother, and raped repeatedly as a child by adults who should have cared for her. These traumas were compounded by severe cognitive impairment and magnified by subsequent relationships characterised by neglect and domestic cruelty. Child protection services, schools, criminal justice agencies and mental health providers all failed to intervene effectively on her behalf. It is difficult to imagine anyone emerging unscathed from such a set of circumstances.

By the time Montgomery called to Bobbie Jo Stinnett’s home to kidnap a baby that she could make believe was her own, she was too damaged and deranged to think clearly about her actions and their consequences. Without doubt she deserves to be punished. But it would be barbaric for the state to kill her, having so often failed to protect her.

At this stage Montgomery’s only hope is for Donald Trump to show her clemency as he has done in recent weeks to a slew of friends and former associates.

It is worth noting that among those pardoned by Mr Trump are four contractors from the private security company, Blackwater, who received lengthy prison terms in 2014 for the massacre of 14 Iraqi civilians in a gun and grenade attack carried out at a crowded square in Baghdad seven years previously. Among their victims were two children.

If convicted child killers can be released from prison, surely Montgomery could be allowed a lesser degree of forbearance; not to walk free, but to see out her days behind bars? There is nothing to be gained by expediting her demise.

Montgomery’s history of savage abuse explains, in part at least, why she took a defenceless woman’s life. What is Donald Trump’s excuse for wanting to do the same?

When Joe Biden is inaugurated, fewer than 50 prisoners will remain on federal death row. He has said he will work to end the federal death penalty. But there is something he could do immediately and by my reckoning it would take him less than four minutes. This is to sign the letters required to commute their sentences from death to life imprisonment. This would be a magnificent gesture at a time when humane leadership is urgently needed.

Given Mr Biden’s hawkish track record on law and order and the recency of his conversion to the abolitionist cause, the muscular exercise of clemency would silence some of his detractors.

Notwithstanding the volume of work that will await him when he takes office, and the variety and intensity of competing demands, he should be able to find four minutes to be merciful during his first 100 days.

A proud Irish American, Mr Biden likes to quote poet and Nobel laureate Seamus Heaney’s line about making “hope and history rhyme”. Soon he will have an opportunity to do so by making the most of his clemency power. Let’s hope he seizes it.

Ian O’Donnell is professor of criminology at University College Dublin. His book, Justice, Mercy, and Caprice: Clemency and the Death Penalty in Ireland is published by Oxford University Press.