The NRA are old-school: they show up at town hall meetings, they stuff letters and lick envelopes, they put through phone calls to Congress members, they canvas colleagues and neighbours to do the same, they get their vote out 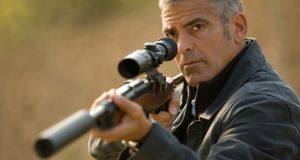 George Clooney in The American. Celebrities can be effective in drawing attention but their endorsements can actually cost support

When George Clooney announced this week that he and his wife, Amal, were donating $500,000 to the organisers of the March For Our Lives rally to be held in Washington D.C. next month (March), the usual celebrity suspects piled on. Oprah Winfrey matched George and Amal’s donation, as did Steven Spielberg. The NRA (National Rifle Association) has just been given a free round of “liberal elites” ammunition.

The March For Our Lives rally (to be held on March 24th) is being organised by the survivors of last week’s Florida school shooting. It will be demanding that U.S. Congress introduces meaningful gun control laws.

Despite the wickedness of the 2012 Sandy Hook school shootings in when 20 young school children were shot dead by a psychopath using a legally bought gun and the widespread revulsion felt through the U.S. and beyond, the Sandy Hook massacre didn’t translate into legislative change. More than one hundred gun control bills have been introduced in Congress since 2012 - none of them have passed.

But the Parkland, Florida school shooting has placed gun rights/gun control front and centre of U.S. political discourse. For the first time in the country’s history, the door seems open on an issue that American voters view as more divisive than abortion, gay marriage and the legalization of marijuana.

In these crucial circumstances, the phrase “the stars are coming out to show their support” can seem like a shiver looking for a spine to run down. Memories of Hillary Clinton hangin’ with Beyoncé when she would have been better served talking to voters in Michigan or Bob Geldof shouting Brexit insults through a megaphone from a trawler on the Thames resurface.

Celebrities can be effective in drawing attention to the previously unknown - George Clooney did sterling work in bringing the crisis in Darfur to front-page prominence. But social scientists who have examined the influence of celebrity endorsements found that a celebrity’s support can actually cost candidates votes.

Bowling Green University Professor, David Jackson, surveyed the electoral effects of celebrity endorsements after the 2016 U.S. election. He found Beyoncé endorsing Hillary Clinton had a net negative effect of -19.9% (one in five voters polled were less likely to vote for Clinton because of Beyoncé’s support); guitarist Ted Nugent - who endorsed Trump - had a net negative effect on voters of -13.4%.

Either people didn’t like the celebrity in question or they just resented the fact that they were being advised to vote a certain way by someone who had no absolutely no conception of their day-to-day lives.

As Paul Waldman pointed out in the Washington Post: “the backlash is particularly acute with liberal celebrities, because their involvement in the campaign reinforces precisely the argument Republicans are trying to make, which is that Democrats are the party of the “elite” - not the economic elite, but an intellectual and cultural elite supposedly alien from the values and interests of ordinary, “heartland” Americans”.

The same could also be said of David Cameron’s championing of David Beckham’s support (the multi-millionaire footballer was then living in Los Angeles) for the Remain campaign two days before the EU referendum.

George and Amal Clooney have made it known that they will be present at the March For Our Lives Rally in Washington next month. This is doing the NRA’s work for them. Evidence suggests that coverage of the rally will now bleed into entertainment news, with mentions of George and Amal’s “glamour” and “style”.

Throwing George Clooney at the issue of gun control will not work. Gun reform can only be legislated for by the members of the U.S. Congress. The members can only be persuaded by the voters who put and keep them in office. Politics not Hollywood.

A majority of American voters want gun control however the legislation has consistently bowed to the minority interest of the NRA. How the NRA accomplish this is instructive. It’s a myth that the NRA have financially “bought off” members of Congress. The organisation - in relative terms - doesn’t spend that much money on lobbying. The American Dairy Industry (to take just one example) spends far more than the NRA in trying to influence Congress members. The NRA’s lobbying budget is just 15% of that spent by the American Real Estate lobby group.

The key to the NRA’s disproportionate success lies within the pages of Adam Winkler’s illuminating book “Gunfight: The Battle To Bear Arms in America”. Winkler highlights how the nature of a passionate belief motivates the NRA to find out how Congress works, how laws are passed or defeated and precisely where power and influence reside.

The NRA are old-school: they show up at town hall meetings, they stuff letters and lick envelopes, they put through phone calls to Congress members, they canvas colleagues and neighbours to do the same, they get their vote out.

If there is to be any meaningful change in the law, the gun control movement need to ditch the Hollywood hangers-on and come to an understanding of how and why politicians effect legislative change and beat the NRA at their own sophisticated lobbying game.

One major obstacle here is the erroneous belief that the “Gun Wars” break on a left-wing (gun control) v right-wing (gun rights) axis. One of the fasting growing organisations in the U.S. gun world is the Liberal Gun Club who explode the myth that gun rights activists are necessarily hard-right, racist grotesques.

Since Trump’s election/Charlottesville, there has been a surge in gun purchases by “non-traditional buyers” - a genteelism for ethnic minorities.

The stories from the Liberal Gun Club world speak of African-Americans living in certain U.S. southern states who are buying guns due to what they refer to as “specific provocations”; the gay women from the Pink Pistols LGBT group who believe in full gun rights and who view gun control measures the same way they view anti-abortion measures - an assault on their freedom; the transgender woman who on waking up in her rural community the morning after Trump was elected to find swastikas and the words “Faggot” and “Trannie” spray painted on her home went out and bought a gun.

Next month’s mass march on Washington D.C. will have to unravel all these strands, dispense with received wisdom and clear the miasma on an issue where the word “freedom” - Lewis Carroll style - means whatever you want it to mean.

The organisers of March For Our Lives need to work the system. Not the red carpet.

1 Why are markets booming when a crash is on the way?
2 Open Ireland as soon as possible - Tourism chief warns of 'catastrophic' impact of pandemic
3 Bobby Storey: The IRA's planner and enforcer who stayed in the shadows
4 Irish holidaymakers have been thrown under the bus
5 Who are the new junior ministers? All their profiles are here
Real news has value SUBSCRIBE