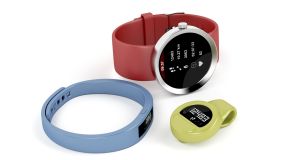 As a New Year resolution, it should be your duty to join a gym. Believe me, you will see immediate benefits: Your unbreakable 12 month membership fee, typically taken out at this time of year, will ensure a healthy profit margin for gym owners as they know that over 80per cent of you won’t be coming anywhere near the place come February 1st.

Much as airlines overbook each flight in the expectation that not all passengers will turn up, so Gyms sell membership packages in the realistic expectation that a mere 18per cent of people will actually use them. A gym with a capacity of 1,000 members can sell 5,000 memberships in good faith.

Those waddling through the doors of a gym next week are what Lenin would call “useful idiots”. They buy designer lycra junk, consume protein shakes which are more expensive than a single malt whiskey and selflessly help oil the wheels of a fitness industry that makes astrology look scientifically rigorous.

This P. T. Barnum effect hits Peak Nonsense at this time of year. One of the most popular adult Christmas presents this Christmas was the wearable fitness device - a hi-tech watch or clip-on device which measures how many steps you have taken, monitors your heart rate and tells you how many calories you have burnt up. These shiny baubles cost hundreds of euros but the only meaningful exercise to be got from them is by throwing them into the bin.

Wearable fitness devices are the hair extensions and fake eyelashes of the fitness industry. If you want to signal to the world that “my health and fitness are very important to me”, they will do just that but they don’t work. If you believe that every step you take, every move you make, they’ll be watching you, you’re deluded.

They’re supposed to “encourage” you to take more exercise and burn off more calories but when the world’s oldest and best known medical journal, The Lancet, examined them, they found “no evidence that wearable fitness devices promoted weight loss or improved blood pressure or cardiorespiratory fitness, either with or without financial incentives”.

They’re the equivalent of paying for a weather app on your phone - when you could just look out the window instead. If you’re that hung up on biometrics and “getting the burn going”, you could cut out the expensive hi-tech middleman here and just walk/run a bit further, be a little bit more active and check your own pulse for free.

Having an app on your phone that tells you how much you should exercise? It’s palm-reading for the smartphone generation.

Unless you actually have to chase and wrestle down a wildebeest on the plains for tonight’s dinner, you don’t need a gym programme. The “Warrior Workout” programme always trends on social media at this time of year. Are you off to Syria to engage in hand-to-hand combat with Isis fighters? No? Then the Warrior Workout will only benefit your ego.

You work in Accounts, you’re not a “Warrior”.

This is an unregulated and predatory fitness industry which advertises with a straight-face the “Bad Witch Workout” which “marries exercise and getting a killer booty with magic and ritual”.

Even the New York Times this week, in a rush of seasonal blood to the head, made the hysterical claim that people who sit at a desk in order to do their work (i.e. most of the world) are at a “heightened risk” for “atherosclerosis, the buildup of plaque in the arteries, diabetes, depression and obesity”. Given all this, it’s a wonder that anyone turns up for work at all these days.

The newspaper’s expert advice for the apocalyptic scenario of sitting at a desk? “Standing up and walking around for five minutes every hour”. Try doing that in any normal workplace and you’ll be called in by Human Resources.

Just as the phrase “but it’s for charity” offers automatic protection against any criticism - no matter how valid, using the incantation “fitness and health” allows you claim or assert anything you wish with impunity.

You can’t move without seeing the word “detox” these days. It’s ubiquitous because “detox” promises to get rid of things we’ve over-consumed over the holiday period - such as food and alcohol.

But when a science advocacy group called Sense about Science asked the manufacturers of 15 best-selling detox health products (from smoothies to supplements to shampoos) what toxins were being eliminated, the companies couldn’t identify any. Not one. For the simple reason that they don’t exist - except for in the rapacious minds of marketing divisions.

You’d get better results putting leeches on your body to “get the bad blood out”.

An entire fitness industry and its ancillary brands is economically dependent on you detoxing your bank account in early January for the Quixotic ideal of weighing less and looking better.

You do not - and should not - need to spend one cent for your fitness and health. Your wellbeing is not like dry-cleaning - you can’t pay someone else to do it for you.

All of the high sample, long-term, peer approved studies that have found that people pay for an annual gym membership but never use it after the first few weeks; that wearable fitness devices are a laughable waste of money and that detox only works if you are a chronic heroin abuser, did find one interesting corollary.

There exists a free, effective and low-tech solution to improving your fitness. It’s called: a friend. People won’t commit to a wearable fitness device (there is an off button) but they will commit to a friend knocking on their door to drag them away from Netflix and Aldi wine.

You receive support, laughs (guaranteed) and most importantly, accountability. This is the only fitness study that has been proven to work.

And it’s the only New Year’s health resolution that won’t turn into an April Fool’s joke.

1 ‘Our history with Ireland, lots of English people just don’t know it’