The new Netflix documentary series The Keepers speaks in unexpected ways to one of the deep uncertainties of contemporary Ireland. Video: Netflix 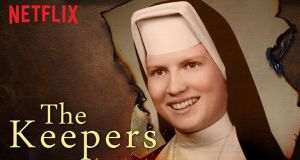 The staggering new Netflix documentary series The Keepers is riveting television. But it also speaks in unexpected ways to one of the deep uncertainties of contemporary Ireland: how to deal with the toxic legacy of institutional Catholicism.

The still unresolved question of the ownership of the new national maternity hospital has tapped in to deep wells of anger and hurt. There are many good reasons to object to the handing over of a crucial public facility to a religious order, but there is a lot more than cold reason at work here. There is a deep and justified rage at the cruelty and treachery of an institutional church that thrived on malignant shame and sacrificed children to paedophiles in order to protect itself.

On the church’s side, there is distress and bewilderment among religious orders, a feeling that all the good that any nun or priest or brother ever did is being incinerated in the furnace of that rage. And between these two poles there is a struggle to keep open a civilised space in which we can recognise two truths: the evil of an institution and the good of so many individuals who gave their lives to it.

The Keepers is especially timely in this Irish context because it personifies this evil and this good in two people who were both faithful Catholics in holy orders. The evil at the core of the complex story is a priest, Fr Joseph Maskell, who set himself up as a psychologist and counsellor at Archbishop Keough High School in Baltimore, Maryland, and raped a large but unknown number of pupils.

This side of the story is chillingly familiar in Ireland. Maskell’s reign of terror, and the way the Catholic diocese protected him, has a lot in common with Fr Sean Fortune’s terrible career in Ferns. Indeed, in a detail that is barely glanced at in The Keepers, Maskell actually set himself up in Wexford in 1994 when his crimes in Baltimore were eventually coming to the surface. The diocese of Ferns confirmed to the Sunday Times that it kept files on Maskell from April 1995 to September 1998 and that he seems to have been able to get work as a psychologist with what was then the regional health board.

Horrifying as all of this is, it is thus very familiar to Irish viewers. Baltimore could be Boston but it could also be Ferns or Dublin or Cloyne. The nexus in which serial child rapists were facilitated by the church and ignored by the police is one we know too well. There was a way of doing things – shaming and intimidating victims, moving perpetrators to another parish when allegations became too loud, using compliant clinics to pretend that the rapists had been treated and cured, deploying heavy legal artillery against survivors – that differed little from diocese to diocese. It was an institutionalised system and it made the whole institution complicit with evil.

But the other side of The Keepers is a young nun who taught English at Archbishop Keough High School, Sr Cathy Cesnik. She disappeared one evening in 1969 after she went out shopping and her body was found months later with her skull bashed in. The suggestion in The Keepers is that she was murdered because she had discovered what Maskell was up to and threatened to expose him.

If we take away her gruesome end, we can also recognise Cathy Cesnik. She was deeply loved by her students. She was a light in their lives – warm, compassionate, radiant. And she was also deeply religious and utterly committed to being a nun. There is a very moving moment in The Keepers when a man who was then a young Jesuit priest speaks of how he fell in love with her and suggested that they both leave their orders and get married. She stayed in the order instead.

This is the other face of the Catholic church: a nun who probably died because she tried to protect her students from a rapist. Beleaguered Catholics may well ask why the secular media highlights the Maskells within the church’s ranks while ignoring the Sr Cathys. But we might ask in return why the church protected Maskell and left Sr Cathy to her terrible fate. One of the extraordinary aspects of The Keepers is the church’s apparent indifference to the murder of a nun. Why is the church still so reluctant to claim her goodness?

And what about all the other Sr Cathys? Very few, we hope, were murdered, but how many nuns and priests and brothers were sidelined and humiliated for trying to speak about what they saw and sensed? Why, to this day, have we heard so little from any of them? And why has the church not moved to canonise Sr Cathy who is, after all, a classic Christian martyr, killed for being true to her faith? How many papal medals have been given to the good Catholic families who fought for justice for their kids against the church’s routine intimidation? When the church honours and celebrates the defiant good within its ranks, we can believe that it has come to terms at last with the evil.

5 Aidan Turner: ‘That photograph. Yeah. It took away from the work’