The Department of Health continues to ignore cost-effective medicines

The department spends €300m on biologics annually. With a greater uptake in biosimilars we could save 30% of that spend 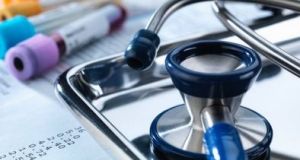 To ever be able to afford next-generation medicines we need to save money across other areas of our medicine budget, such as with biosimilars. It’s not rocket science! Photograph: Getty Images

Like so many other parts of our health resources, our medicines budget is squeezed and the unmet need growing. This is partly because we are victims of our own success. Modern medicine is keeping us alive for longer, our population of older people is increasing, and with it the demand for life-long treatment for chronic illness like heart disease or arthritis.

Yet stretched medicines resources cannot be attributed to national greying alone. One key reason is the failure of the Department of Health to proactively promote cost-effective medicine procurement and prescribing.

Take biologic medicines, where the department is currently spending large sums of public money on these medicines despite the existence of more cost-efficient equally effective biosimilar alternatives.

Biosimilars are off-patent more affordable versions of biologics which are essentially any medicines that contain a biological molecule. Used to treat a number of conditions, from cancer to psoriasis, biosimilars work in the exact same way as biologics, but are often far cheaper to produce.

The department currently spends over €300 million on biologics annually. With a greater uptake in biosimilars we have the potential to save up to 30 per cent of that spend, freeing up funds for new treatments and other healthcare areas. Almost 3,000 additional staff nurses or 300 additional hospital beds, for example.

Since the launch of biosimilars in Europe in 2006, they have generated savings of €1.5 billion in the EU5 (France, Germany, Italy, Spain and the UK). In many of our European neighbours biosimilars account for more than 90 per cent of all prescribed drugs; in Ireland that figure is just 6 per cent.

Of the 11 biosimilars currently available in Ireland (out of the 53 approved for use in the EU), some are beginning to cut through. Biosimilar versions of infliximab, used to treat autoimmune diseases like Crohn’s and arthritis, now account for almost 30 per cent of all prescriptions, but this is almost exclusively because of the efforts of individual consultants in a small number of hospitals and not a government-led strategy.

Why aren’t we saving the money?

The effectiveness and affordability of biosimilars are not new to the department. Exactly two years ago Minister for Health Simon Harris announced plans for a “national biosimilars policy” that would set out guidelines for biosimilar prescribing in Ireland, and ultimately deliver more affordable medicines for Irish patients. Since then there has been radio silence.

Yet in January, Harris, responding to health parliamentary questions, claimed that Irish hospitals were “actively working towards a targeted minimum prescribing rate for biosimilars of 50 per cent”. He failed to outline the means by which his department intends to achieve such widespread adoption.

If there is indeed a plan then key stakeholders, including Medicines for Ireland, representing many of Ireland’s biosimilar suppliers, are not aware of it.

In reality, the most egregious barrier to biosimilar adoption is a pricing agreement between the Department of Health and the Irish Pharmaceuticals and Healthcare Association (IPHA), which primarily represents Ireland’s biologic manufacturers.

Their agreement contains a blocker clause that automatically reduces the price of a biologic drug by a maximum 32 per cent once a biosimilar enters the market. This makes it extremely challenging for a new biosimilar drug to gain a foothold in the Irish market, and provides no incentive for a prescriber to switch.

It’s a shortsighted, anti-competitive and retrograde approach, at odds with arguments made by groups like IPHA who want increased investment in innovative medicines. These are those new-to-market medicines, which are very targeted and individualised to treat relatively rare conditions but which often come with a price tag of several hundred thousand per patient.

To ever be able to afford these next-generation medicines we need to save money across other areas of our medicine budget, such as with biosimilars. It’s not rocket science!

Real change needs to come from the top. The Government must lead by implementing a national biosimilars policy, only then can we have a sea change in prescribing.

The generic medicines substitution campaign, which encouraged clinicians, pharmacists and patients to switch to generic medicines, proved that this is possible. Spearheaded by the Government, generic substitution and reference pricing has to date delivered more than €1.2 billion in savings. Before any of this can be replicated for biosimilars, however, the existing unfair medicines pricing agreement must be scrapped and renegotiated.

On this two-year anniversary of the launch of the national biosimilars policy, the time has come for Harris to make good on his promise to deliver affordable medicines to Ireland.

Owen McKeon is the chairman of Medicines for Ireland, the representative body for the manufacturers of generic, biosimilar and value-added medicines in Ireland

1 Rape victim verbally abused in courtroom after two men are jailed
2 Paraic O’Donnell: MS is meticulously destroying me. I am being unmade
3 Former UUP leader: Unionism must realise it is no longer a majority in Northern Ireland
4 Housing is at crisis point – it is time to park ideology and build
5 New network of 1,322 speed cameras comes into force today
Real news has value SUBSCRIBE