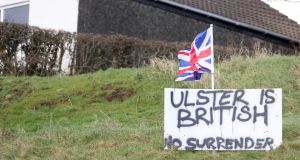 “The perennial difficulty of commanding British attention.” With those words, the late historian Ronan Fanning introduced one of the main themes of his undergraduate course on the history of Anglo-Irish relations to UCD students over 30 years ago.

Throughout that course there was no shortage of evidence of despair, breakthroughs, turning points, setbacks and constructive compromises. British disdain and apathy were apparent, as were, on occasion, Irish delusions, including the belief in the formative decades of the State that there was no obligation on the Irish side to formulate a plan to further its stated aim of ending partition because it was believed this was a British and not an Irish problem.

Years later, I read a letter written by Eamon de Valera in 1957 as he was preparing for his last lap of power. Approaching his mid-70s, his correspondence was showing the signs of his age and weariness. It was addressed to Lord Rugby (John Maffey) who had served as the British representative in Ireland during the second World War: “I am back here once more at the desk in the Taoiseach’s office, over the corner of which we had so many serious talks during the war… those were anxious times for us both, but they have left me with not unpleasant memories.”

He expressed regret at the illness of Anthony Eden and was wistful about the departure of those who had been involved in the Anglo-Irish disputes of his era, noting that Lord Salisbury had resigned from the government: “that means another link gone”.

In relation to partition, de Valera was anxious “to make a last desperate effort to see my hope realized” and hoped “you might be able to get some move on towards the solution of this exasperating problem. The first step is… to get your government to admit publicly that it is a British no less than an Irish interest to see partition ended.”

He was indeed desperate and clinging to a forlorn hope. The British government had more important concerns and as the British ambassador at that time concluded, “it is primarily and essentially for Southern Ireland to endeavour to convert Northern Ireland to its view”.

While the British Commonwealth Relations Office was prepared to acknowledge in private that “there are obvious arguments against the maintenance of two political systems in a country of some 4 million people which geographically is one unit and which for many centuries was one unit… the situation is one that, without any real desire on both sides to reach an agreement, will be most difficult to remedy”.

Despite all that has happened in the intervening decades, these exchanges still seem relevant. Brexit will rightly be regarded by historians as another milestone that complicated Anglo-Irish and North-South relations, but, in the face of British disinterest, the same challenge remains.

During the week, veteran British journalist and historian Max Hastings wrote provocatively of his belief that Irish unity will happen within a generation, “righting a historical wrong… such an outcome would serve the best interests of Irish people, save a rump of alienated Protestants, historically out of their time”.

He added for good measure that most British people “did not care a fig” for Ireland. It comes on the back of similar assertions by the former British chancellor George Osborne about Northern Ireland heading for the “exit door” of the UK.

They seem to be quite pleased with their frankness, but they also appear blasé about how this happens and what it might mean in practice. At least Hastings is arguing from a position of someone who spent time here, as a journalist covering the early years of the Troubles.

In 1970 his book Ulster 1969: The Fight for Civil Rights in Northern Ireland was published, and he did not attempt to hide his bewilderment at what was going on there, but he wrote that he could foresee “that distant but inevitable day” when “Ulster and the Irish Republic are united as logic dictates”. That was not an uncommon view among journalists covering the early years of the Troubles, though over subsequent decades they may have had cause to question their assumptions about Ulster “logic”.

Hastings now seems to think that what was once distant is much closer, and that is not an unreasonable assumption given the upheavals of the last few years. But getting those in a position to do something about it to engage in dialogue is quite another matter and has always been a difficult challenge as the ageing de Valera discovered in 1957.

As one of Dev’s political grandsons, Taoiseach Micheál Martin, declared last week there is a need to “reset” Anglo-Irish relations post-Brexit, but even were he or his successors minded to prioritise the ending of partition on the back of recent upheavals, generating North-South dialogue will be tortuous, and commanding British attention will remain the “perennial difficulty” it has always been.