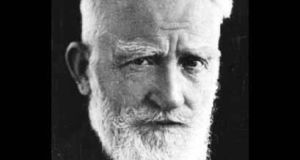 Why are the people of Cork called “Corkonians”? Why not just “Corkians”, which would save time and energy? Or to further apply Occam’s Razor, why not “Corkists”, which has the added quality of suggesting a belief system?

There would be historic provenance behind the last option, relating to the origins of “Rebel Cork”. As you must all know by now, that nickname had nothing to do with the War of Independence, or GAA strikes, or any of latter-day rebellions on which Cork prides itself.

It goes back to a 15th-century row over who should sit on the English throne. Then, in the wake of the War of the Roses, the Lancastrian Henry VII was the man in possession. But the Yorkist Perkin Warbeck claimed the crown, until he was executed. In the meantime, the citizens of Cork City were among those who backed the wrong horse. So “Corkist” would have impeccable linguistic logic on its side. Not, as I accept, that logic has much to do with these things.

Why should Galway people be “Galwegians”, for that matter, or “Carlovians” derive from Carlow? And if we accept the rationale for “Liverpudlians”, we must equally accept a Cork suburb populated by “Blackpudlians” which, much as they love their black-pudding there, sounds all wrong.

But in fact, the people of Cork, Carlow, and Galway are unusual by Irish standards in having any recognised derivative term. This is a luxury most other parts of Ireland do without.

Mayo, for example, has a choice of precedents. Its people could be Mayovians, in the manner of Carlow’s. Or they could take their lead from Moscow and be Mayovites.

But so far as I know, they remain simply “Mayomen” or “Mayowomen” and nothing more.

Dubliners were similarly disposed until fairly recent times, whatever James Joyce might have us believe. Thus the title of a recent biography of the architect (and occasional Myles na gCopaleen stand-in), Niall Montgomery, Dublinman.

That was his preferred self-description during a lifetime that lasted until 1987.  And it was standard usage in the city until about the 1960s, I gather. Then the fashion changed. Maybe it was JFK’s “Ich bin ein Berliner” that gave the former Dublinmen notions.

But speaking of Dublinmen and derivatives, 10 points for anyone who can tell me the one relating personally to George Bernard Shaw. You know the sort of thing I mean; in the sense that anything in the style of Oscar Wilde is “Wildean”, or of Joyce “Joycean”, what is the equivalent term for Shaw?

Yes, well done you at the back, it is of course “Shavian” (to rhyme with “avian”) although why this should be so is a mystery. It can’t be the result of Occam’s Razor, or indeed any kind of razor, because despite the implication, Shaw was a lifelong beard wearer.

I suspect it has to do with our old friend rhoticity, mentioned here last week in the context of Winston Churchill’s insistence that “jaw-jaw” rhymed with “war-war”. As pointed out then, those with non-rhotic accents, like Churchill’s, do not roll Rs (hence his rhyme); except sometimes, perversely, where there is no R to roll, as in “India-r-and-Pakistan”.

So if the adjective was “Shawian”, as it might be on this (rhotic) side of the Irish Sea, that would tend to become “Shawrian” in England.

There’s a story about Wilde and Shaw that I think illustrates the phonetic gulf between those who roll Rs and those who don’t. On the occasion in question, Shaw had been talking about founding a magazine as a promotional vehicle. It would be called simply “Shaw’s Magazine”, to impress his personality on the public. “Shaw – Shaw – Shaw!” he added, banging the table .

To which Wilde quipped: “And how would you spell it?”

I think the point of this joke was that, in non-rhotic London, “Shaw” and “sure” sound very similar, which suited the fiercely opinionated GBS. But whatever about Wilde, we know from Shaw’s recordings – including the educational ones he made to help the English speak their own language correctly – that he was a committed R-roller all his life.

Anyway, maybe there is a logic to Shavian. If so, why does the rule not apply to Evelyn Waugh? I ask this fresh from a belated reading of the latter’s classic satire on journalism, Scoop, which is full of Wavian (as nobody calls it) humour, based loosely on the author’s own experiences as what Churchill would have called a Waugh correspondent.

1 Gardaí believe men in Cork murder-suicide chose to let woman survive
2 James Bond actor Sean Connery dies aged 90
3 Supermarkets compared: How Dunnes, Lidl, Tesco and M&S measure up
4 ‘In Crete I pay 70% of what I paid for a shoebox apartment in Dublin’s docklands’
5 Richard Ford: America could fail. I have never felt this way before
Real news has value SUBSCRIBE