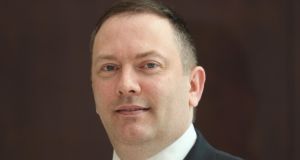 Whenever public sector pay makes it onto the political agenda, civil and public servants brace themselves for a slew of overly critical articles and opinion pieces. While we understand the need to keep the clicks coming, it is frustrating to see insight and analysis replaced by glib comparisons and the indulgence of stereotypes akin to the well-heeled Sir Humphrey in the classic TV series Yes Minister.

Invariably, such commentary is often derived from analysis that makes selective use of comparative data on wage levels. Conflating different civil service grades or comparing apples and oranges in terms of public-private wage differentials, in the process gravely limiting the scope for mature, constructive dialogue on public sector pay. In the upcoming pay talks, the Association of Higher Civil and Public Servants’ focus will be on returning the focus to managerial quality in public service, and not just a reductionist and divisive narrative of cost-cutting and reaching the lowest common denominator.

Staff in the civil and public sector sustained major cuts in pay and conditions through the Financial Emergency Measures in the Public Interest (FEMPI) Acts. These brought salary reductions of up to 23 per cent and a cut of 10 per cent in staffing levels. There has also been reductions in annual leave and sick leave. As such, civil and public servants have been working harder and for longer hours, for much lower pay. There has since been some restoration but those in the higher managerial levels of the public service have yet to see their salaries come back into line with what is offered for equivalent roles in the private sector, and members of the AHCPS fear that this will have a substantial knock-on effect on service-provision in the years to come.

The facts speak for themselves, and it is well documented that pay and conditions deteriorated substantially in many private sector roles during the recession. However, these have now recovered to levels far in excess of public sector management grades. Recent research undertaken by the CSO and ESRI and cited by John Fitzgerald in this newspaper (April 21st) identified higher paid civil servants as being paid 7 per cent less than those at similar levels in private sector. This will be analysed in detail by the Public Service Pay Commission and will form the basis for the upcoming talks on public sector pay.

Minister Donohoe has repeatedly said he wants to strike a deal that will be fair to all and we welcome that. If we are to maintain our economic recovery, we need to sustain a management culture in the public service that favours professionalism, motivation and dynamism. This includes incentivising our talented and dedicated civil and public servants through adequate remuneration and career progression opportunities.

In return, we know that our members need to be open to continuous reform to maintain a dynamic and effective public service. There is already evidence of this in the opening up of recruitment procedures to external applicants in a manner not hitherto seen in Ireland. At present, two-thirds of Principal Officer roles are filled through open competitions so that civil service management can benefit from the experience of those who have worked elsewhere. During the past two years it has been difficult to attract qualified external applicants to these roles in some instances and this is an indicator of the major flaws in salary assessments that draw on top-line averages rather than coherent comparative analyses from Ireland and abroad.

For our part, we have our own proposals for reforms to ensure equity and transparency in wage agreements. We want to decouple the salaries of Principal Officers from those of TDs as the status quo turns this grade into a political football and undermines morale at management level. We will continue to resist counterproductive proposals such as performance-related pay, which incentivises certain tasks at the expense of others. International examples indicate the extent to which this multiplies red tape at the expense of service provision.

Far from the cosseted Sir Humphreys of journalistic lore, Ireland’s senior civil and public servants are dedicated, publicly-minded professionals who care about managerial competence and public service. As a country, we are facing into an increasingly uncertain international landscape, with destabilising influences gaining traction in many of our main trading partners. The institutional memory of public sector management will be crucial to guiding Ireland through the years ahead as governments come and go at home too. Now is the time for a discourse that is grounded in solidarity and for working conditions that reflect the need for the highest standards of public service that Ireland deserves.

4 Fauci reveals what it was really like working for Trump