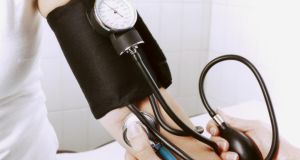 State-paid senior doctors are richly rewarded for pushing their private patients to the head of the queue. Public patients pay the price for this.

It is beyond cruel to see in last night’s PrimeTime Investigates programme how the lives of public patients waiting to see consultants in State-funded hospitals are being limited by pain, by anxiety, by the sheer misery of a system that fails them.

While there is public shock and horror again at the revelations, anyone who knows anything how our public health system operates won’t be surprised at the abuse shown.

The programme revealed what many have long suspected – that a significant number of hospital consultants are gaming the system and abandoning public patients. As PrimeTime showed, a significant minority of consultants are not fulfilling their public contracted hours, and working instead in private clinics.

They are also traducing the reputation of those committed doctors trying in a dysfunctional service to do their best for their patients.

This mix of private incentive and public interest creates an ungovernable and unaccountable twilight zone, where State-paid senior doctors are richly rewarded for pushing their private patients to the head of the queue for treatment. Inevitably, public patients pay the price for this and must wait even longer to access consultant care.

Successive reports have highlighted the lack of accountability of hospital consultants, who operate with an extraordinary degree of autonomy, and a lack of external oversight enjoyed by no other group of Irish professionals.

In their 2006 book How Ireland Cares, A Dale Tussing and Maev-Ann Wren wrote that “consultants are not accountable to anyone, either administratively or clinically . . .”

This absence of accountability was to have been addressed in 2008 when a new consultants contract was negotiated between consultants and the then minister for health, Mary Harney. This was supposed to control consultants’ private practice by limiting the amount of private work most consultants could do. For the vast majority of consultants, this ratio was set at 80 per cent public work and 20 per cent private. It was hailed by Harney as a new era for the health service – ushering in major work-practice changes, including the restriction, and in some cases, the elimination of private practice from publicly funded facilities in return for enhanced salaries.

But no system of proper oversight was ever established, which has meant that senior hospital doctors who wish to do so have been able to carry on much as before. Of course, irrespective of whether there are controls or not, it is morally indefensible not to comply with the rules of what is a lucrative State contract, even more so when the consequences are acutely felt by patients sitting cruelly on lengthening waiting lists, now standing at a scarcely believable 685,000 people.

By November 2009, a year after the new contract was implemented, senior health service officials told the Dáil’s Public Accounts Committee that hundreds of hospital consultants around the country were flouting the conditions of the contract by treating too many private patients.

In 2015, the head of the Health Service Executive told the Minister for Health the application of the 80/20 split to senior doctors had, in practice become a “farce”.

The new contract was supposed to make consultants accountable to a new tier of clinical directors, appointed from within their own ranks, and paid an extra €46,000 a year. What we got instead was a form of flimsy self-regulation, in which those appointed as clinical directors were supposed to “police” the working hours of their peers and even friends.

In addition to the revelations in PrimeTime, it is obscene that, in the name of raising extra funds, public hospitals are given annual targets, rising year on year, to maximise income from private patients. This perverse incentive was introduced by the last government. Public hospitals treat more private patients at the expense of the public patients they were set up to care for, while at the same time boosting the incomes of consultants already generously rewarded by the taxpayer.

No other country has such perverse arrangements – we shouldn’t have to put up with this.

Sláintecare, the 10-year blueprint for a reformed health system, recommends a complete disentangling of the public and private system, a new legislated clinical governance model to hold consultants legally accountable for their performance, consultants’ work practices to be fully supervised and, ultimately, a new consultant contract.

For far too long, healthcare reform in this country has been held back by vested interests both within the system and without. The Government now has to show its mettle and face down vested interests resisting these reforms. It’s not clear at all that this Government has the resolve to do so, but last night’s PrimeTime should encourage the Taoiseach and his Ministers to find their nerve.