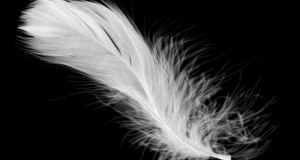 One of the youngest soldiers to fight in the first World War was an apprentice blacksmith from Leeds named Horace Iles. He was only 14 when the conflict broke out, but big for his age. Big enough that, while on a city tram one day, he was handed a white feather: the symbol of cowardice then used to shame men considered fit enough to be at the front. So he enlisted, over the objections of family, lying about his date of birth. And 18 months later, aged 16, he joined the nearly 20,000 other Allied troops who died on the disastrous first day of the Battle of the Somme.

Maybe Iles would have signed up anyway, sooner or later. But insofar as it was the feather that provoked him, he must also have been among the youngest victims of that recruiting tactic, which had been suggested at the outbreak of war by a retired admiral from Cork.

By then living in Folkstone, Charles Penrose Fitzgerald encouraged women there to distribute white feathers to any men of fighting age who were perceived to be shirking their duty.

The practice spread throughout Britain and Ireland and was adopted by pro-war suffragettes, including Emmeline and Christabel Pankhurst, although the novelist Mary Ward – a leading opponent of women’s suffrage – was an enthusiast too.

At a recruiting rally in what is now Dún Laoghaire in late 1914, the spectre of feathering was raised by Sir Thomas Myles, a Home Rule campaigner who had helped land guns for the Irish Volunteers earlier that year but was now echoing John Redmond’s support for the war. Calling himself an “old yachtsman”, he said he had sailed with many from the town, in stormy waters, and had “never yet seen the white feather in the face of a Kingstown sailor lad”.

The campaign seems to have peaked during 1915, as the first of many Allied catastrophes led to a shortage of troops. But by then the excesses of some featherers, including harassment of convalescing soldiers, were also attracting a backlash.

A Limerick letter-writer, signing himself “One of the Unfit”, wrote to this newspaper in May 1915 complaining of persecution by “one of those well-intentioned, but sadly tactless, adjuncts of the recruiting sergeant – the ‘flapper’.”

Another critic was the Anglo-Scottish writer Compton Mackenzie, who was already involved in the war, albeit in counter-intelligence, excused from the front on health grounds. He was scornful of the feather campaign, suggesting it was used by young women “to get rid of boyfriends” they no longer wanted.

Maybe Mackenzie had read a novel of 15 years earlier, The Four Feathers, by AEW Mason. Enormously popular at the time, it shows that the “feathering” of reluctant soldiers did not start in 1914. And although set mainly in colonial Sudan, during a war of the 1880s, the book has a key subplot in Donegal, where the female love interest resides.

The story begins with young Englishman Harry Feversham resigning his army commission in a crisis of self-doubt. He is promptly presented with white feathers by three of his fellow officers.

Then his fiancée, Ethne Eustace, awards him a fourth - improvised from her ostrich-feather fan – and breaks off the engagement. Worse still, Ethne now opens up a second front, romantically, with one of the other officers, Harry’s best friend.

This being the Victorian age, the hero emerges from his funk and goes off to Africa to redeem himself. Various acts of daring later, two of his friends rescind their feathers, while the third gets killed.

Manhood proven, he returns to Donegal, resigned to having lost in love. But of course, the noble rival now stands aside, and we learn that Ethne had remained true to Harry, despite everything. She too takes back her feather and, Ethneically cleansed, he marries her.

The novel, published at a time when the sun was beginning to set on empire, was considered Mason’s best in a prolific career. It’s hard work now – the 1914-18 front moved more quickly than its plot does. But the story has proved appallingly cinematic. It was first filmed, silent, in 1915, 1921, and 1929, before acquiring both sound and colour in a classic 1939 version.

Further remakes in 1955 and 1978 retained all the original swashbuckling. Then finally (so far) came the 2002 version, with Heath Ledger and Kate Hudson. That had an Indian director, and took a more challenging approach to the novel’s ideas about male and imperial honour. Not least among its subtle revisions is that, in a climactic battle sequence, the British lose.

1 More than 30 people queue overnight to secure property in Carlow
2 Susie Dent: ‘Jimmy Carr is incredibly rude to me. I took it as a compliment’
3 Coronavirus: Cork, Wicklow, Galway and Louth may face extra restrictions as 430 new cases confirmed, most since April
4 Large sections of Garda to be disarmed following review
5 Hello Eir, is anybody there? Four unhappy customers complain
Real news has value SUBSCRIBE