Most health supplements have no health value and should be taxed 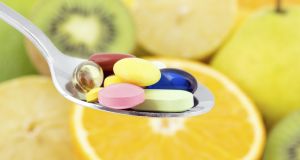 Last week, Revenue delayed plans to drop zero-rated VAT on supplements. This move was praised by the Irish Health Trade Association (IHTA), who proclaimed the proposed rise would “have a serious and lasting impact on people’s health...”

The suggestions that this might endanger us was certainly inflammatory, igniting a passionate furore with more than 60,000 people signing a petition against the hike. Yet when stripped of hyperbole, the claim that increasing VAT on supplements would undermine our health is deeply irresponsible and completely baseless.

To understand why, we need to puncture some conventional wisdom. Take, for example, vitamins – essential micronutrients that we need in small quantities. As we only need tiny amounts, most of us get all we need from diet alone. Consequently, supplementation is usually useless; a 2018 meta-analysis found that the vast majority of vitamin and mineral supplements have zero health benefit, echoing the results of decades of investigation with the same conclusion.

There is evidence too that higher doses come with their own risks. Vitamins including A, D, E and K can’t simply be excreted in urine, and instead, accumulate in the body. This is not ideal, as excess levels of A and E are associated with increased adult mortality.

This might jar with the “more-is-better” perception that many of us operate under when it comes to supplements. But any substance with biological effect has the potential for toxicity; high doses of vitamin B3 and B6, for example, cause liver and nerve damage respectively. The probability of one overdosing from food intake alone is remote, but vitamin poisoning from supplements isn’t uncommon. In 2016, 63,931 overdoses from vitamin formulations were reported to the American Association of Poison Control Centers. Children under the age of five accounted for 72 per cent of these cases.

Many of the claims for food supplements, sports aids, and slimming aids are, alas, more marketing than evidence and frequently a cover for expensive snake oil

There are situations where vitamin and mineral supplementation is required, including certain medical conditions or severe malnourishment. But medically recommended vitamin supplements and folic acid are licensed by the Health Products Regulatory Authority, remaining zero-rated for VAT.

More importantly, HPRA-licensed products are carefully controlled to ensure they are safe. By contrast, a 2016 study by ConsumerLab found significant problems with 32 per cent of multivitamins tested, including vitamin E and niacin far beyond recommended dose. This bore no relationship to cost either, with cheap and expensive products equally afflicted.

So if the proposed VAT increase doesn’t affect medically advisable vitamin and mineral supplements, what then does it affect? The answer is largely non-medical food supplements, sports aids, and slimming aids. Many of the claims for these products are, alas, more marketing than evidence, with such labels frequently a cover for expensive snake oil.

CBD oil, for example, is frequently lauded as a miraculous elixir, despite the overwhelming scientific evidence showing it to be largely medically useless. Fish oil too remains popular, despite the Cochrane collaboration last year finding no evidence of benefit associated with it.

In the current Irish context, a cynic might be forgiven for thinking that the industry’s protestations are more motivated by profit than concern for public wellbeing

There is scant evidence that sports aids have any tangible impact either; the Irish Sports Council recommend against the use of sports supplements, advising a proper dietary regime instead. Unlicensed slimming aids also have a dubious track record.

Rather than improving our health, the current situation has instead led to a creep of zero-ratings for products with questionable efficacy. Despite our enduring perception that these products are beneficial, the reality is that apparent truisms are often not true.

This is the phenomenon of illusory truth, where constant repetition of some factoid embeds it on our cultural consciousness. The perception that vitamins in particular are a panacea can be traced to one man – Linus Pauling. A titan of chemistry and peace activist, Pauling remains to-date the only person to have won two unshared Nobel Prizes. But such accolades do not render one immune to folly; Pauling became convinced that huge quantities of vitamin C were the secret to curing everything from the common cold to cancer. And while these claims lacked merit, even at the time, endorsement from such an esteemed figure created a huge market for vitamin supplements.

Pauling’s assertions have been roundly debunked over the decades, but a perception of benefit lingers, with the market showing no signs of shrinking. IHTA claims 71 per cent of Irish people buy supplements all year round, often at high prices, and the supplement market in the US is estimated at $36.1 billion (€32.1 billion) annually. In the current Irish context, a cynic might be forgiven for thinking that the industry’s vocal protestations are more motivated by profit than concern for public wellbeing.

Still, supplements hold enduring popular appeal – but when it comes to medicine and science, conventional wisdom is often wrong, or terribly outdated. Far from being medical necessities, products affected by the proposed VAT increases are largely expensive placebos, undeserving of the mantle of medicine. This is something we ought keep in mind when the debate resurfaces later in the year.