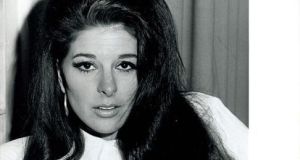 ‘It was the third of June, another sleepy, dusty, Delta day,” begins one of the stranger pop records of 1967. Released in July, it became the surprise hit of America’s Summer of Love.

And 50 years later, people are still wondering what it was about.

The question most often asked concerns the unidentified object that the narrator and the doomed Billie Joe McAllister were seen sometime previously throwing “off the Tallahatchie Bridge”. If we knew what that was, we might also understand the protagonists’ relationship, and why it came to such a tragic end.

But the long-reclusive Bobbie Gentry has never told us and, if reports are true, she doesn’t know herself. Which may explain the enduring power of her Ode to Billie Joe.

A masterpiece of elliptical song-writing, it juxtaposes the inner anguish of a teenage narrator with the daily routine of Mississippi farm life, and a dinner-table conversation of family members who, busy eating, are tone-deaf to her crisis.Unplanned pregnancy and forbidden love are the most plausible theories for what has happened. But the song having been innately cinematic; it did indeed inspire a 1970s film, which attempted to fill in the gaps, to the satisfaction of few. So it’s probably just as well that the lyrics remain a haunting mystery.

Not everybody was haunted by them, or at least not in the good way. Still recovering from his motorcycle accident of the year before, Bob Dylan spent that summer holed up with his band, recording what became The Basement Tapes.

He must have heard Gentry’s song a few times too often, because he wrote a comic riposte, Clothesline Saga (subtitled “Answer to Ode”).

In this, the hay-baling and cotton-chopping of the original are replaced by the humdrum of a family doing laundry, while the shock event that intrudes into their routine is news that “the Vice President’s gone mad”. And it is rather funny in its own right, although as a spoof of Gentry’s ballad, it can also seem a bit mean-minded, as if Dylan was put out that somebody else – another Bobbie, to boot – could write a classic short story, compressed into a four-minute song, and have an enormous hit with it.

Speaking of literature, Ode to Billie Joe tends to be grouped into a category known as “Southern Gothic”, a term usually applied to writers from the US South who describe eccentric characters in grotesque situations.

Master exponents included Flannery O’Connor, whose dark themes nevertheless earned inclusion in one of my favourite anthologies, Roy Blount’s Book of Southern Humour. In introducing her, Blount half-apologised: “Granted that it culminates in the cold-blooded murder, one by one, of an entire family, I’d say that the most deeply humorous Southern short story is O’Connor’s A Good Man is Hard to Find ...”

Why Gentry’s tale of teenage blues should be considered alongside such extreme dramas is not obvious. But maybe, to paraphrase Blount, it’s because east coast Americans consider everything southerners do as gothic.

The song’s topography, by the way, was all real, with one possible exception. There is a Carroll County, as mentioned, in Mississippi, and a Choctaw Ridge. And there is a Tallahatchie Bridge too, or there was until it collapsed.

Whether Billie Joe could have jumped off it to fatal effect, however, is debatable.

According to a 1969 newspaper report, the song had inspired an inevitable rise in copycat jumps, forcing authorities to introduce a $100 fine.

But as the punishment suggests, offenders were expected to survive long enough to pay. The report noted that since the bridge was “only 20ft” high, “death or injury is unlikely”.

In another inevitability, Carroll County has Irish connections. It’s named after Charles Carroll, the only Catholic signatory of the US Declaration of Independence, who was grandson of an Offaly emigrant. And as it happens, Gentry’s song is not the only 1960s hit that was set there. Country balladeer Bob Ferguson must have had the previous summer’s hit in mind when writing his 1968 song, The Carroll County Accident, recorded by Porter Wagoner (and Big Tom). The song describes the aftermath of a car crash in which the female driver is injured, while her male passenger – married, but not to her – dies. She first gives a respectable explanation of why they were together, which is then contradicted by evidence found at the scene. Yes, folks, it was another doomed love affair, and another Carroll County cover-up. The narrator destroys the evidence in the end, because nobody else needs to know, and because the dead man was his “Dad”.

1 Trump threatens to ‘close down’ social media companies after Twitter fact-check
2 Michael McDowell: We will laugh at the puritanism of the two metre advice
3 Sil Fox tells of ‘months of hell’ as he is cleared of sex assault on woman in bar
4 O’Leary’s call for easing of flight restrictions criticised by health experts
5 Coronavirus: Denmark is reopening society quickly. How is it faring?
Real news has value SUBSCRIBE