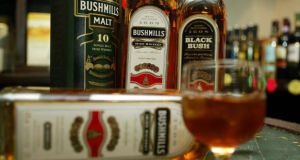 Sir, – Further to “Irish whiskey set to benefit from China’s move on import taxes” (Business, November 24th), as a net food and beverage exporter, any cut in import taxes is welcomed by Irish producers.

However, the opportunities for Irish whiskey from China’s proposed cut may be overstated. China is considered to be the largest alcohol drinks market in the world; however, it is heavily dominated by domestic product.

The spirits market is dominated by the traditional baijiu white spirit beverage, which accounts for over 90 per cent of this category.

China’s middle class is emerging but at the moment the main consumers of whiskey are the upper class, who demand aged whiskey.

At the moment stocks of aged Irish whiskey are limited.

A greater opportunity for Irish whiskey may be on the horizon closer to home. Scotch is the UK’s single biggest agrifood export. If a post-Brexit tariff is applied to UK exports then Irish whiskey may become more cost-competitive in mainland Europe.

The French are the leading consumers of whiskey per capita in the world and 90 per cent of the whiskey consumed in France comes from Scotland – there may be opportunities for Irish whiskey to displace some of this consumption.

While there’s certainly a long term opportunity for Irish whiskey in China, in the short term near-market opportunities may prove more lucrative. – Yours, etc,

1 Restarting Ireland: When and how will we ‘get back to normal’?
2 What is Houseparty, the app everyone’s talking about – and not in a good way?
3 Tuberculosis vaccine ‘potential game-changer’ in Covid-19 fight
4 Man shot dead in Belfast was suspect in Keane Mulready-Woods murder
5 Coronavirus: Analysis shows median age of confirmed cases is 48 years
Real news has value SUBSCRIBE