Kathy Sheridan: Do the contradictions in Ellie Kisyombe’s story matter? 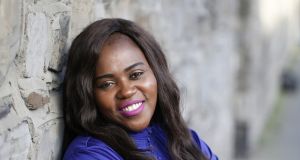 The subject of illegal immigration triggers everyone differently. For me, it evokes a heartbreaking 2007 interview in a New York basement with a young Donegal couple who had been living, studying and striving in the US for 15 years. The door to legal residence had slammed shut when Micheal followed poor legal advice and travelled home to get married. They had become legal ghosts.

He had no insurance number, no prospect of a mortgage or a driver’s licence. The risk of being picked up meant they could never leave the state, never go home. Though Ireland still looked boomy, his instinct was to hang tight in the Bronx where they scrimped to send their little boy to a $5,000 a year junior school. Michael was well aware he had entered the country illegally. Now he was demanding that the Irish government should “do something”, but Irish politicians kept saying it was “a complex issue”. His wife interjected gently: “It is complex. This isn’t only about the Irish.” Only 6 per cent of an estimated 12 million illegal immigrants in the US came from Europe or Canada. Who were the Irish to claim exceptionalism? Yet we prided ourselves on being lobbyists extraordinaire when it came to our own boys and girl seeking refuge elsewhere. It is a conflict rarely or fully acknowledged.

So how do we look on the case of Ellie Kisyombe? She is a vibrant, cheerful, single mother from Malawi, who according to interviews, arrived in Dublin Airport in 2010 on a direct flight from Addis Ababa, claimed asylum and went straight into direct provision where she remains, vocally unhappy, nine years later. Ironically, it was a tweet drawing attention to her Social Democrat candidacy for the local elections that brought her wider attention as the first female asylum seeker to run for election on a platform based on nine years’ personal experience of DP.

In interviews, she has talked at length about her background and her father, whom she describes as a key person in the movement to bring multiparty democracy to Malawi but who fell out with a powerful ally. He died at home after returning from a meeting; she believes he was poisoned. There was no police investigation. Amid crackdowns on protestors and media, she says she was advised to leave the country, at which point the Republic of Ireland was mentioned. She knew nothing about this country on arrival, only that she didn’t need a visa to get in.

Nine years on, her two children have joined her and she has become an energetic, public voice for DP reform. Banned from paid work, she co-founded a non-profit food project employing up to 20 paid staff. When asked why a decision on her status has taken so long, she says she does not know. But a shocking nine-year containment in DP raises legitimate questions for everyone. It suggests either callous incompetence by department officials or that Kisyombe’s ongoing case for asylum has fallen at several hurdles for unstated reasons.* Such is our delicacy in these matters, few people delved further.

A front page Sunday Times splash this week has suggested a more circuitous route to Ireland taken by Kisyombe. This account places her as a student in Bristol university between 2007 and 2010, then returning to Malawi before getting a student visa in Ireland, then applying for UK asylum. It also has her applying for Irish asylum a year later than stated, followed by a lengthy stay in the UK.

Her supporters say it doesn’t matter how she got here, or when. This chimes with our empathy for economic migrants like Michael and all the haunted Irish illegals down the years.

Many of us live messy, complicated lives and by definition, asylum seekers’ stories are even more complex and desperate. But where do we as a people expect immigration officials to draw the line, if at all, in arriving at such judgments?

The Sunday Times has come under heavy fire, laced with charges of racism, accused on social media of picking on a black candidate, of giving undue prominence to the story, of using an “unsympathetic” photograph (it was taken against a Social Democrats backdrop), and of publishing sensitive personal information that may have been leaked by someone in authority. Kisyombe’s lawyers warned the paper that it was a criminal offence to identify an applicant for international protection without her consent.

The suggestion that out of hundreds of white, local election candidates, Kisyombe was singled out for nefarious reasons must be weighed against the fact that she had already received exceptionally broad, positive, national media coverage (including the cover photograph and lengthy interview in a recent Irish Times Saturday magazine) in which she happily co-operated.

We need to talk about these things. Where does the balance lie in such complex situations? Should the Sunday Times have decided not to publish? Or to bury the story at the bottom of page six? When a person runs for public office, are voters entitled to a straight account of their background regardless of its complexity and to make their minds up accordingly? If details are not forthcoming, is it reasonable to expect that person to stand down until their status is established?

Above all, if a man or woman has been here for say, more than five years and proved themselves willing to live a productive and generous life, is it past time to say, come on in?

*The Department of Justice states that nearly three-quarters of those in DP are there for under three years. The total figure in DP includes those with deportation orders pending, or are challenging a decision through the Appeals Tribunal or the courts. It also includes 700 people who have been granted status/permission to remain and are in need of long-term accommodation both for their own welfare and to free up places for new arrivals.